Hey y’all! Before diving in today, I wanted to let you know that this is going to be the last community spotlight we’ll be putting out for Wargroove, at least for a while. With development ramping up on Witchbrook, and Wargroove having just celebrated its third birthday, it felt like the right time to take a pause. Don’t worry, we’ll be back with even more Wargroove goodness in the future. Moregroove if you will.

With that announcement taken care of, let’s get to those community creations! 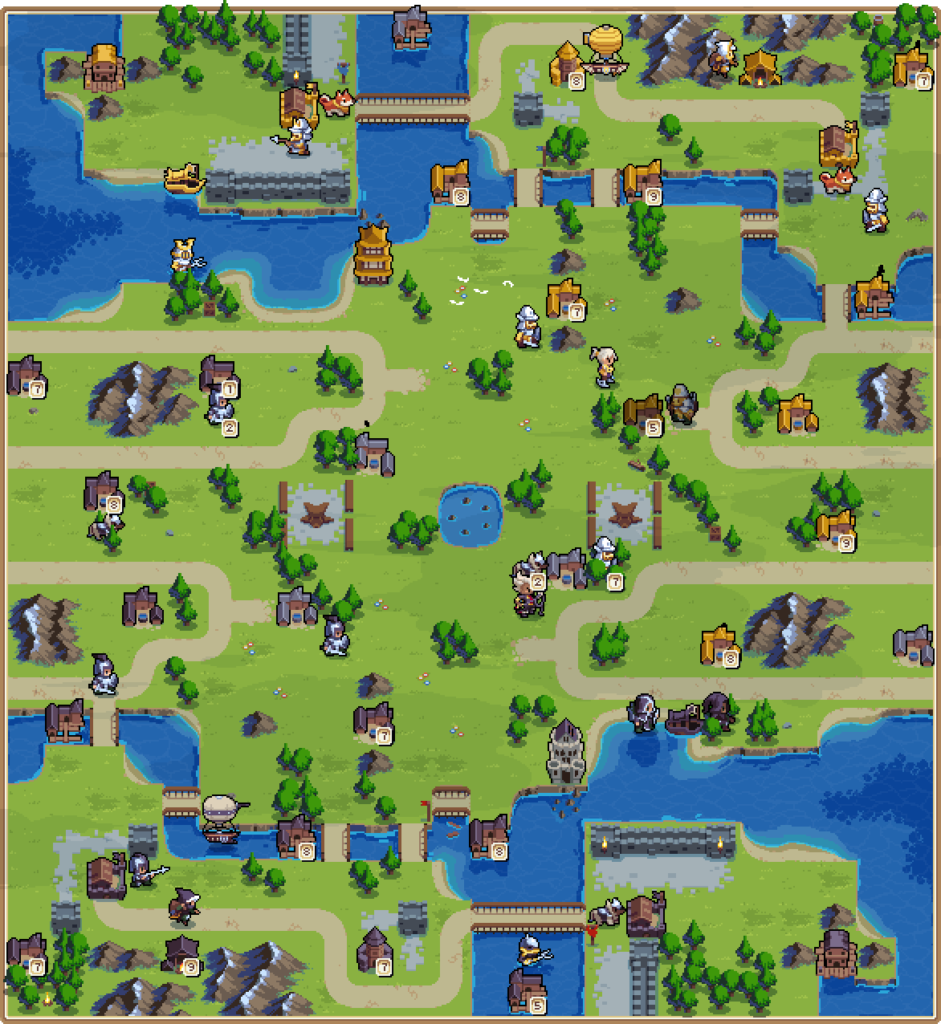 1. Canal Streets 1.0 by BarrettRTS – Code: U73PFK84
This map has some really interesting dynamics once unit production gets up and running. You’ll want to get a barge on the water fairly quickly to ferry your units across rather than taking the long winding path. Doing so will help you push back faster against the opposing forces that cut across the central streets claiming villages as they go. I really enjoyed playing this one! 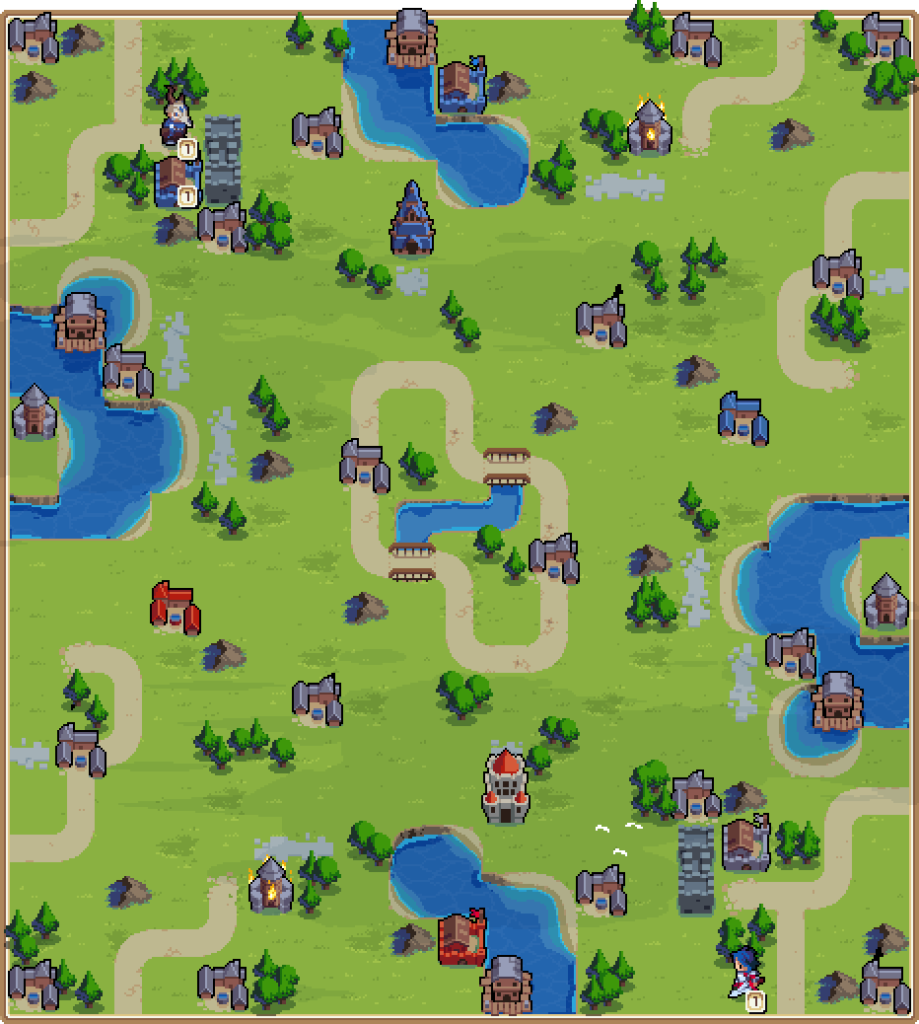 2. Resolution by Xmo5 – Code: SN9F8RSW
There’s a few interesting points with this map. First, the ports on this battlefield are exclusively to recruit barges to quickly hop across the water. Secondly, the towers that are on fire are only capable of recruiting harpies, so if you want to invite any other air units to the party, you’re going to have to spend a few turns and resources to secure one of the side towers. Lastly there are a few villages situated directly on top of road tiles, so dragons have the potential to do tear them down without rebuttal. 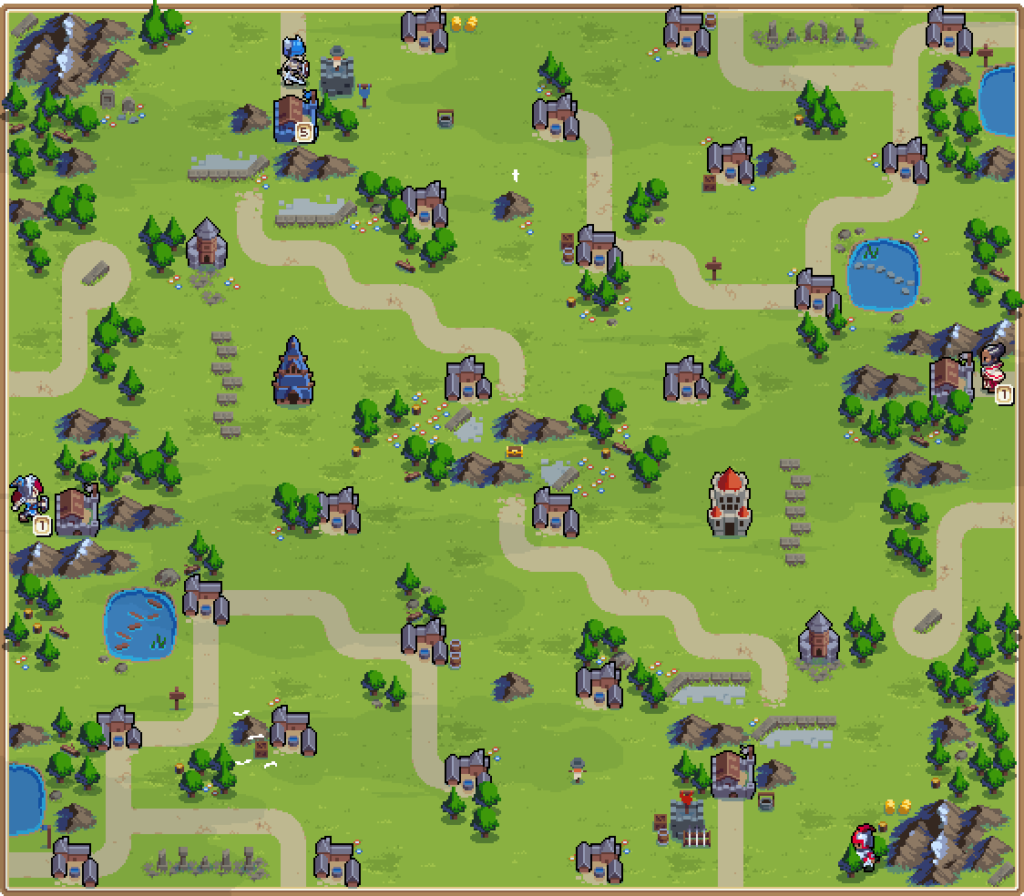 3. Quaint v1.0.1 by justyoureventualruler – Code: CBZ2K9BC
Control of the corners are likely to decide the outcome of a match here, with several villages tantalizingly packed into these areas between each side’s barracks. A great many of these villages are sitting on road, so they’re more susceptible to a quick takedown. However don’t get too sidetracked by the treasure trove of resources here, as the strongholds are centrally positioned and pretty easy to reach. Losing track of an errant knight could be very costly to you. 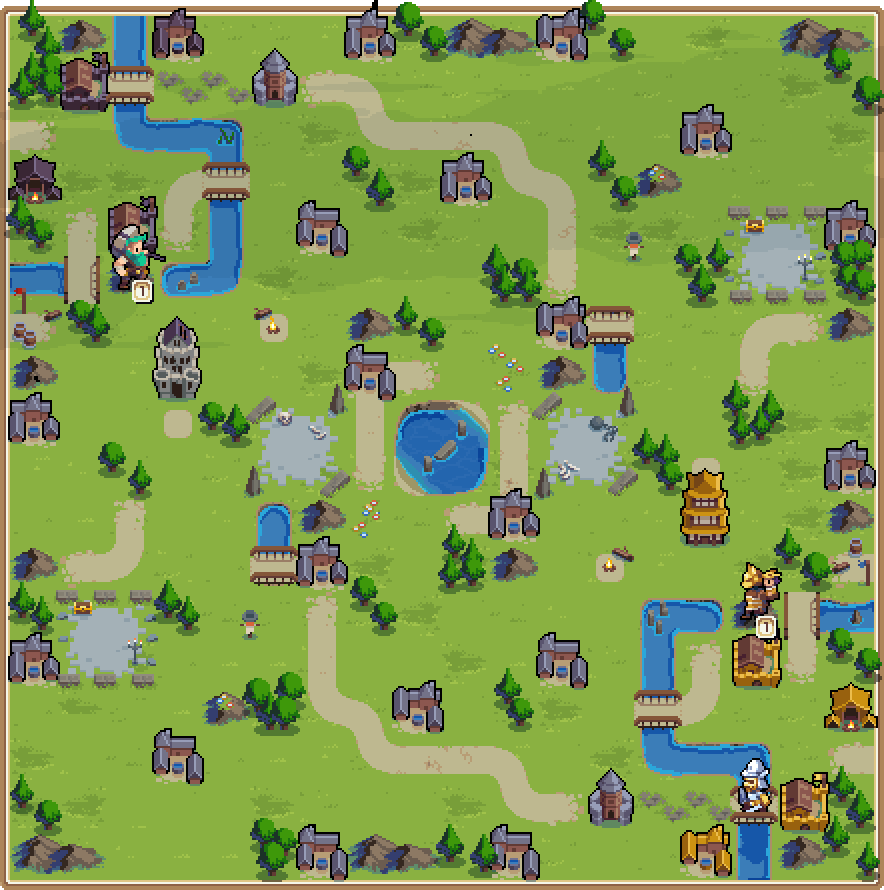 4. The Encounter – v1.3 by Kokoado – Code: 5JHB9VHK
The recruitment structures are all tucked into the same area for each side, so some of these villages are decidedly longer treks to reach than what you’d see in most competitively-oriented skirmish maps. That said, the long roads at the top and bottom are prime territory for swift wagon and ballista positioning. Keeping firm control of this territory may be the key to victory as it better facilitates your access to the enemy Stronghold as well. 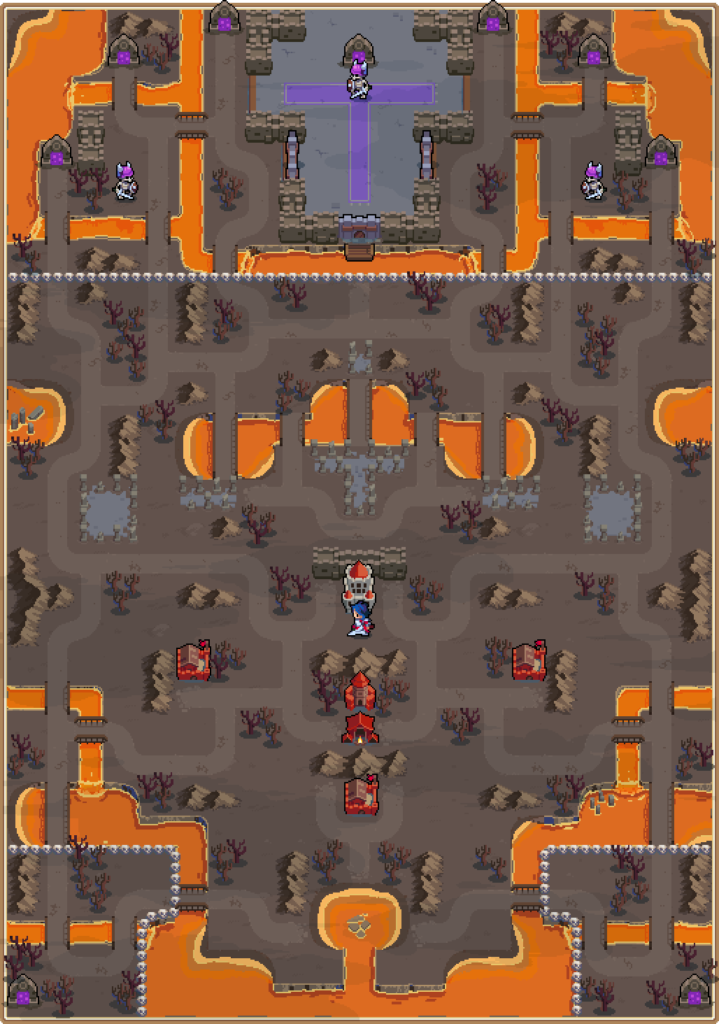 Bonus Dev-made Map – Face the Horde: The Cursed Keep by Armagon – Code: APRQW545
This is another entry to my “Face the Horde” series. You’ll be pitted against endless waves of enemies that come pouring out the portals, with your goal being to survive as long as you can. The strength of the enemy escalates as the match progresses, and you earn gold by defeating hostile units, so you’ll wanna make sure to finish off any weakened stragglers. Unlike prior entries to this mode, eventually enemies can start spawning in behind you as well, so you have access to a third barracks by way of compensation.

That’s it for the community maps spotlights, at least for now!
While this monthly feature will be on haitus, our players are still sharing incredible creations over on the Wargroove Discord and there’s never any shortage of new maps to download from the in-game sharing portal. What’s more, the Featured tab has been expanded to include more than 150 of the maps that we’ve highlighted on this very blog; so whether you’re a newcomer or a returning player, there’s no shortage of quality content to play!

On a personal note, I wanted to thank you folks for sticking with us all this time! When we launched Wargroove back on February 1st of 2019, I could scarcely have imagined how incredible our community of players would end up being, nor the kinds of creativity we’d get to see when we gave you access to the tools we made the game with. How has it already been three years since this wild ride started?

Rest assured, we’re far from done with Wargroove. We’ve got some exciting stuff in the pipeline and we can’t wait to be able to share it with you all in the future! Until that time, I wish you lovely folks all the very best and thanks for staying groovy!