Hello everyone, we made it to 2022! I hope you guys have had a great start to the new year. To be honest, after coming back from holiday break, I half-expected to find new standout Wargroove maps to be a bit thin on the ground as people went off to spend time with friends and loved ones. In reality not only was my assertion wrong, but I’ve also been very pleasantly surprised by the originality and effort on display in today’s highlights. Let’s dive in! 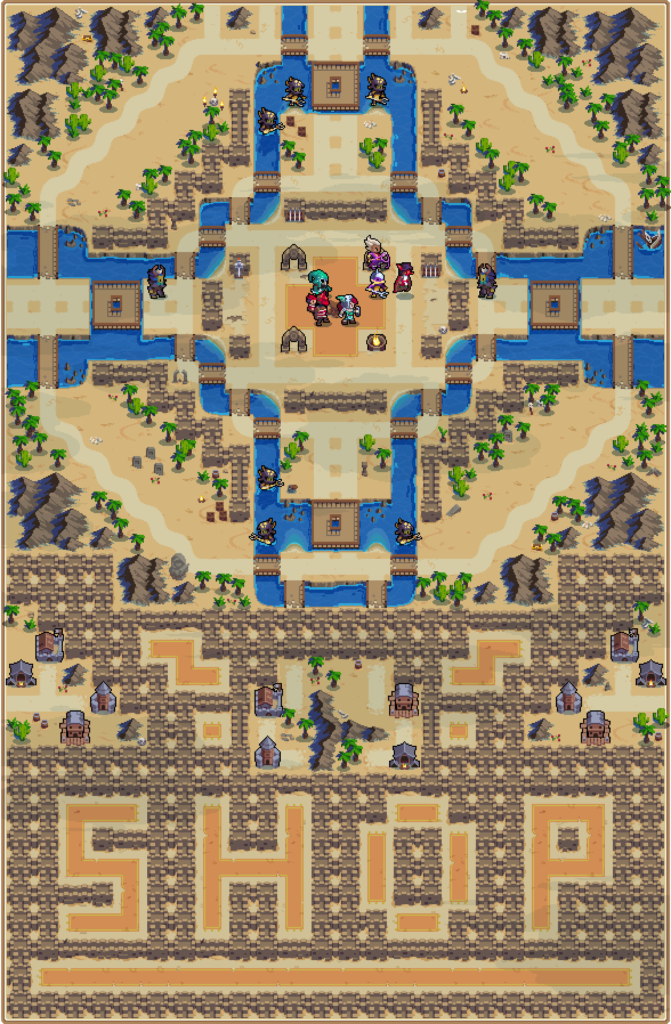 1. Gladiators – Survival Map! by Jarle – Code: G2W3HAJ4
This custom mode is impressively robust. In this three player co-op map, each player is put in control of their own gladiator tasked with surviving thirty waves of enemies. If you’re able to keep your gladiator alive and keep taking out enemy units, they will grow in strength, becoming more resistant to damage and even gaining additional effects to their grooves!

There’s also a shop each player can use between waves, with everyone starting with some funds, and earning more by taking down enemy units. These funds can be spent to get each player a single companion unit from a limited pool of options. If you’re able to use your ally effectively, taking down enemy units while keeping them in one piece, these units can level up as well!

If one of the gladiator’s is taken down, the game isn’t over yet. If one of the other players has enough gold, they can spend it to resurrect any downed gladiators. The trade-off is that they come back with none of the gold or the levels they had earned, meaning things will be tougher moving forward. The game ends when all three gladiators are taken down.

While designed for co-op, you can just as easily play this mode on your own and have a great time. Give it a shot!

2. Discord at the Volcano Base by Deminobody – Code: 3DYEHBX2
This is one of the most bizarre scenarios I’ve ever played, which makes sense because this was designed by the community. Deminobody presented the Wargroove discord with a survey for what features the map should include and then set out to build the best mission they could while adhering to the community’s choices.

The result is this mission that sees you combining different felheim units at portals to transform them into more powerful heavensong variants while fighting off a ravenous Caesar that’s running wild. It’s not super long but it’s hard not to appreciate the creativity and absurdity on display as what’s here works surprisingly well. Give it a spin if you’re in the mood for something quirky! 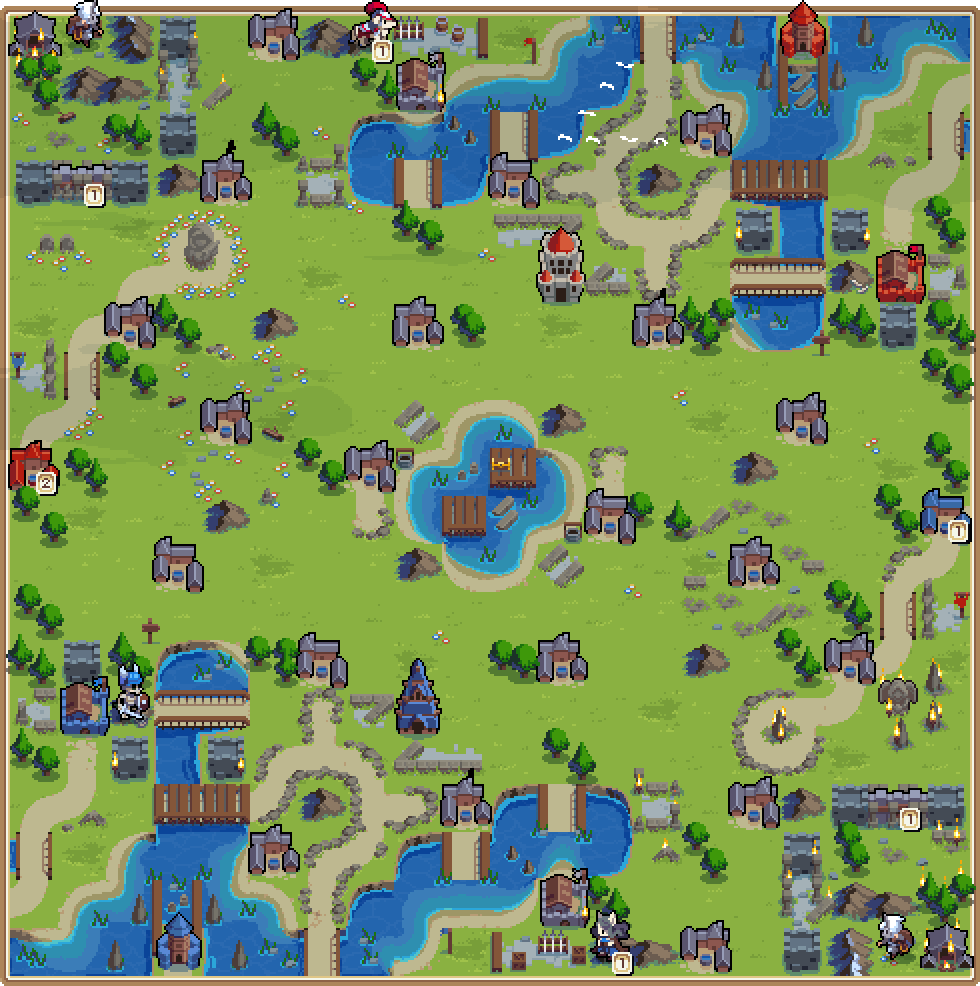 3. Ransacked (3.1) by Whargarbl – Code: 6URCRKV9This map looks great and provides a tight competitive experience for those that are looking for it. In the early goings your forces are likely to be spread wide as you contest the villages, but as the economy ramps up everything tends to shift towards the center field as players attempt to take down their opponent’s Stronghold.

One thing to note is that the titular ransacking took place at the hideouts in the corners, thus they cannot be used to recruit at all and are chiefly there for thematic flair. 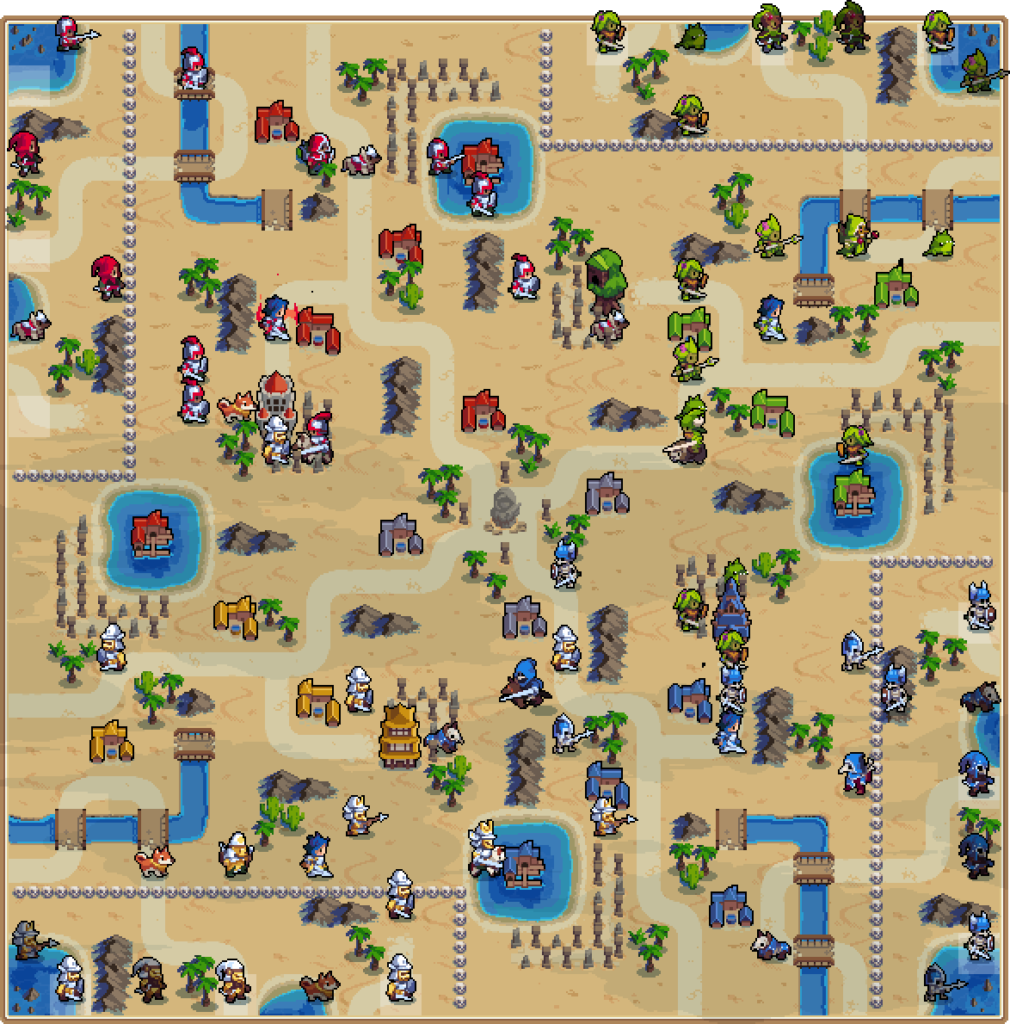 Bonus Dev-made Map – Dice Roll Army 4P: The Killing Desert by Armagon – Code: MS5Z4RQL
This is a four player version of the Dice Roll Army mode I made last month. Dice rolls determine your starting commander and what units will spawn for all players, mirrored in full. As the match progresses, stronger waves of units will spawn, including the possibility of spawning additional commanders, though losing a commander will not cost you the match. Victory goes to the last player with a Stronghold still standing!