It’s been another busy month here at Chucklefish, so here’s a quick update on all the goings on. (It’s also Artist SamuriFerret‘s birthday today, so send him some cake via Twitter please).

First of all, a big thanks to all of you who checked out Wargroove on the Nintendo & Xbox stands at Gamescom this month. It was lovely to see such a positive reaction online from the new demo! The lovely folks at [email protected] also kindly showcased Wargroove at their Pre-PAX Open House in Redmond last week, so hopefully some of you got a chance to get hands-on there too! 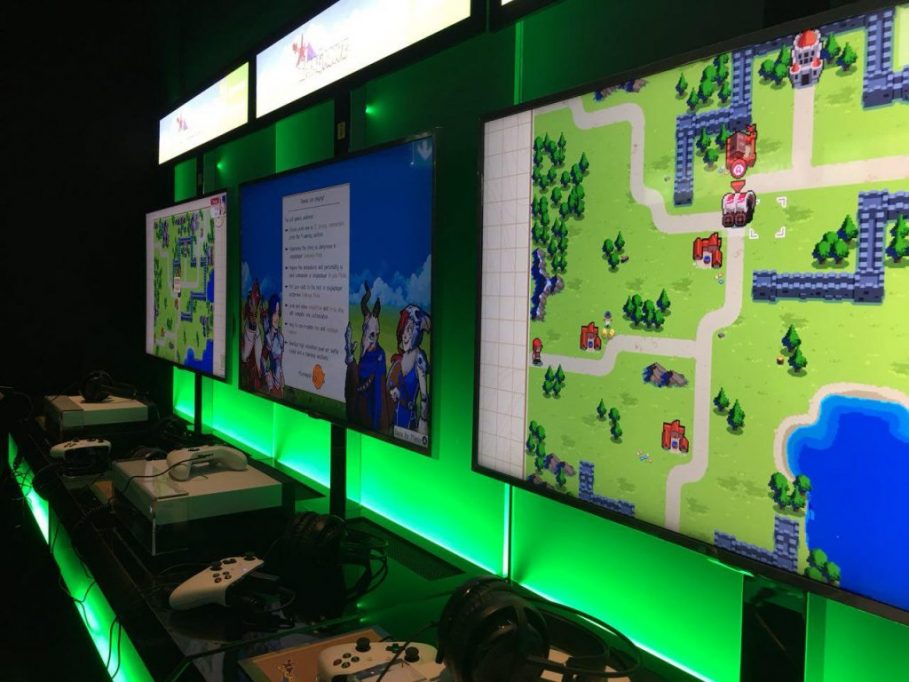 So how is development coming on then? As Tiy mentioned on Twitter last week, the game itself is coming on really well, but taking slightly more time to wrap up than expected. The reason for this is that we decided that we wanted to make a complete and robust final game “package” for you all, and really give a proper polish to all the features completed so far – as follows:

You might have caught a glimpse of the Jukebox, Codex and Gallery in our recent livestream, so here’s a few more details (without getting too spoilery of course!) First off, in the Gallery we’ll be sharing some cool concept art from the game, which gradually gets unlocked the more you play the campaign. There’s a whopping 70+ to unlock in total, including some early designs of our Commanders to feast your eyes on.

The Codex is full of cool tidbits all about the Commanders, Units, Terrain styles, Lore and gameplay rules. Some entries of the Codex are locked until you’ve completed certain campaign missions to avoid encountering story secrets, so it’s a good place to start and read up on plenty of helpful gameplay tips before you head onto the battlefield. Lastly we have the Jukebox, which will gradually fill up with tracks from the game as you unlock them in the Arcade Mode, so you can whistle away to the Victory theme to your heart’s content.

We had a really fun time during our recent livestream showing off the Campaign Editor over at Twitch and Mixer. We decided to do a ‘Twitch plays Wargroove’ kind of deal, where the chat decided what kind of cutscene we were going to make, and as you can imagine it got preeetty weird. The result was an amazing showdown between two Golems about pineapple pizza, with the ambient sounds of snow falling all around. You can watch the madness unfold on the full stream here, or read more about the editor’s features in Lili’s blog post.

We’re always super motivated seeing all the buzz in the community, so thanks for being patient whilst we work on the finishing touches.