Welcome one and all! I hope the day finds you well!

Before we dig into today’s entries, one of our picks from the last spotlight has received an update!
* Wigkx’s map “Oasis” got updated to version 1.5, which you can access with the code: C45SXSW3

With that quick tidbit out of the way, let’s get to the new highlights! 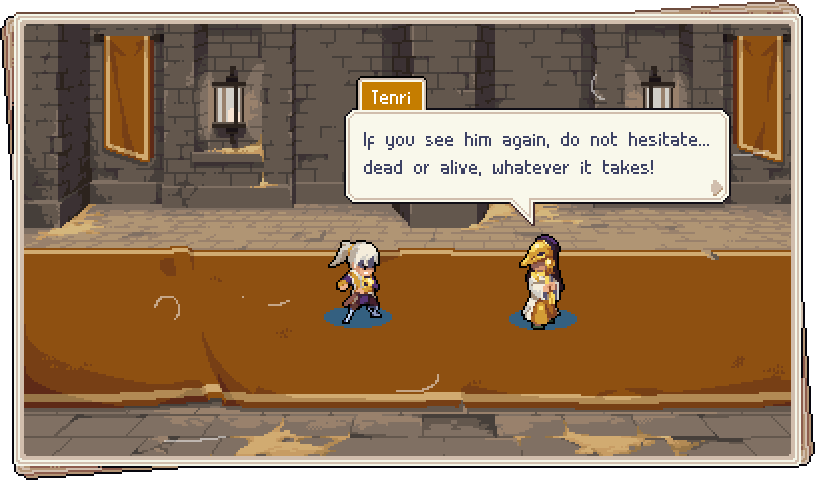 1. Heavensong’s Unrest by Laberca – Code: RBYGCT9E
This campaign sees the dashing general Ryota take a leading role as unrest takes root in the Heavensong colonies. Unrest that may soon embroil all of Aurania. I found myself pulled in by the story as it unfolded, but was also pleased that the missions were plenty enjoyable enough to keep me interested. All-in-all a great campaign! 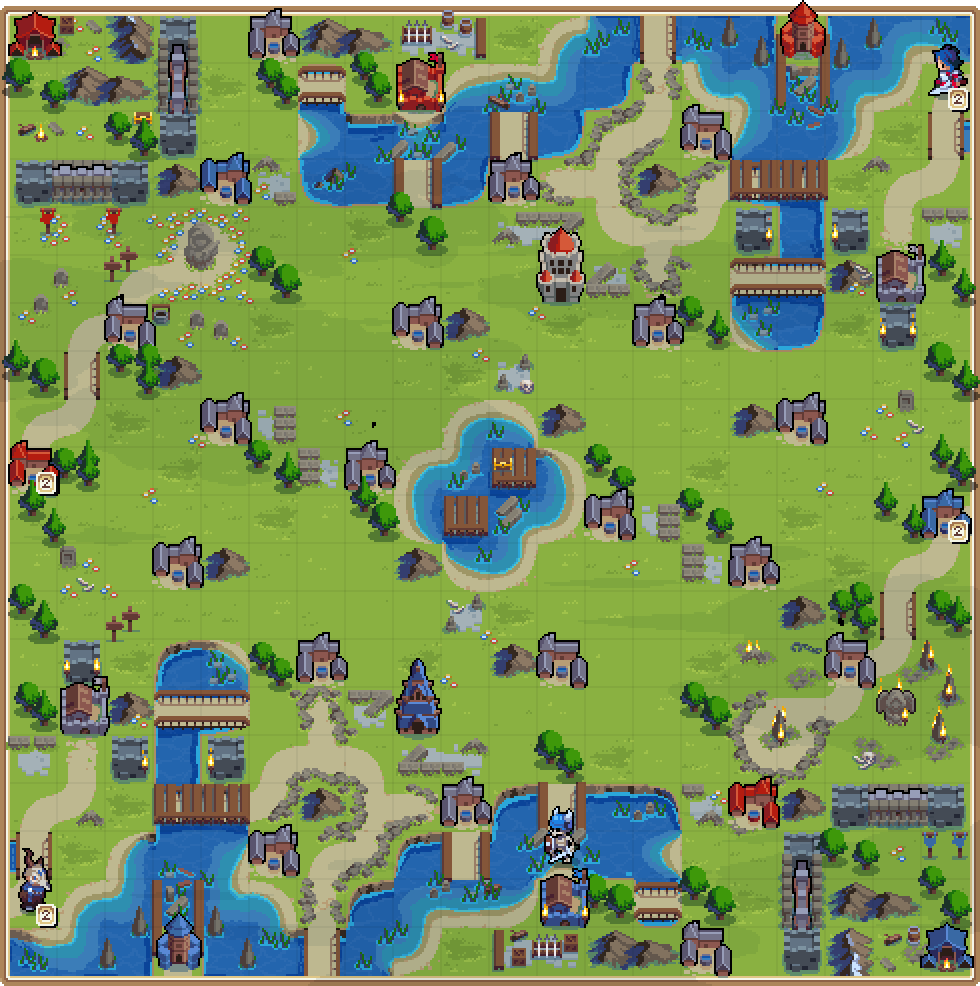 2. Thieves’ Den v2.29 by Whargarbl – Code: F5G5GMZL
With fortified hideouts in the map’s corners, true to its name, this is a real playground for thieves. The large open fields grant quick traversal to the fleet of foot, out on the prowl for a village to raid. I really appreciate Whargarbl’s knack for making their maps look eye-catching without hurting readability and preserving competitive-friendly gameplay. 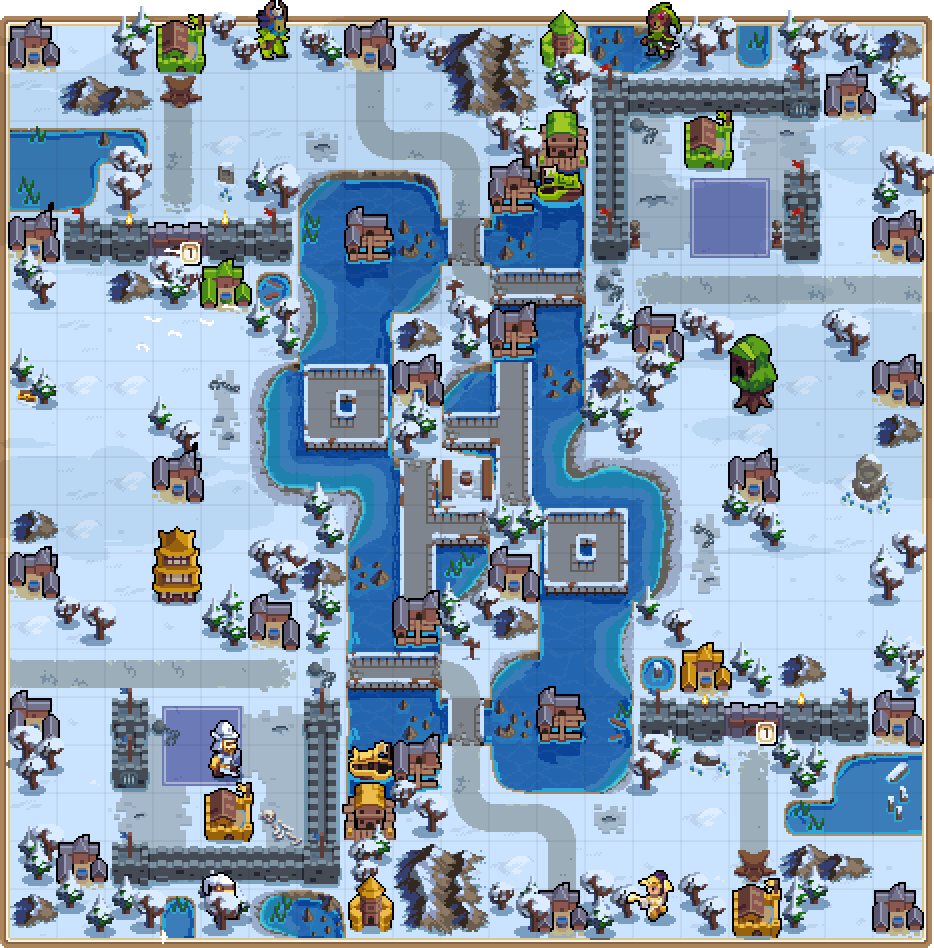 3. Ice Castles by Alpha_75159 – Code: C62VFD9Y
This map is more open than it appears at first glance, thanks to the beaches connecting the bridges. There’s plenty of defensible terrain to take into consideration when plotting your moves, and even some room for naval units to join the party, though you won’t be seeing any warships or harpoons here. I really like the creative sense of design displayed in this map. Alpha has successfully created something very distinctive, whilst also taking gameplay into account. 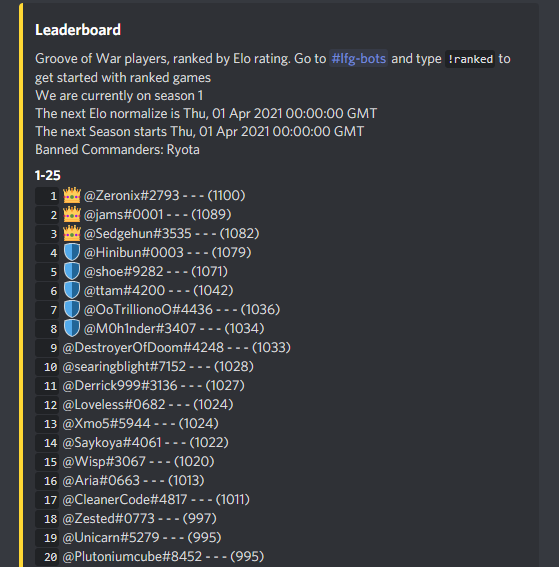 Community Choice Award: AutoMMR by Fly Sniper – Mod Download
The Groove of War players have been running their own ranked leaderboard system for a while now, but it wasn’t without its issues. Building on prior work by community members Reena and CMAvelis, Fly Sniper won today’s Community Choice with this mod that functionally brings ranked play to Wargroove.

Taking part in ranked matches is quite simple! You can register to join the ladder in the #lfg-bots channel of the Wargroove Discord. Doing so will have the bot send you details on how to install the AutoMMR mod, as well as a text file containing an authentication key that identifies you as a player.

Whenever two players registered on the ladder play a match with the mod enabled, the game will automatically report the outcome of the match to the bot and update your matchmaking rank accordingly. If a more structured competitive experience is something you’ve been wanting, definitely give it a look! Almost all the top players have been using it. 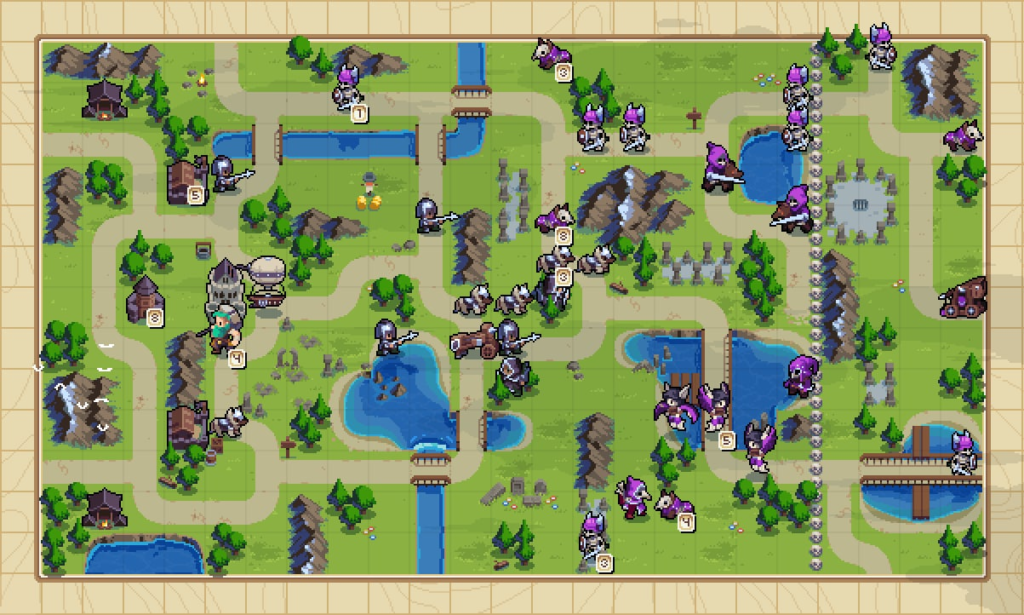 Bonus Dev-made Map – Face the Horde: Barrbel Fields by Armagon – Code: VD43MLE6
This is an endless defense map, where you must keep your Stronghold and Commander alive as long as possible. The enemies that spawn are determined by a series of RNG rolls that take place depending on the AI’s current level of power, which escalates with every passing turn.

To encourage aggressive play, the player has no villages, but relies on gaining gold from killing enemy units. The amount of gold gained depends on the unit killed. Presently it gives 60% of the dying unit’s gold worth to the player. This means with careful play your level of power can rise enough to keep the enemy at bay, but it can very quickly fall apart if you make costly risks that don’t pay off.

If you’re able to last more than 30 turns, the difficulty gets turned even more against you, as enemies will start to take less and less damage the longer the match goes on. With this current setup, I was able to last until turn 42. I’m looking forward to seeing someone beat this!

The deadline for the next Community Choice is April 2nd!
If you’d like to see one of your creations in the Community Spotlight, you definitely should hop onto the Wargroove Discord and post it in #community-choice. Even if your map or mod doesn’t get top votes from the community, we check the channel often, and efforts that stand out will absolutely be considered for the Spotlight! The creation with the most thumbs up will be the Community Choice winner, so don’t wait too long to submit your entries!