Hello everybody, it’s great to see you! The month of April sure flew by, huh?

Before we dig into today’s entries, one of our picks from a couple of months ago has received an update!
* Whargarbl’s map, “Thieves Den”, got bumped to version 2.45, which you can access with the code: HNCN3HQ5

With that out of the way, let’s dive into the entries for this month! 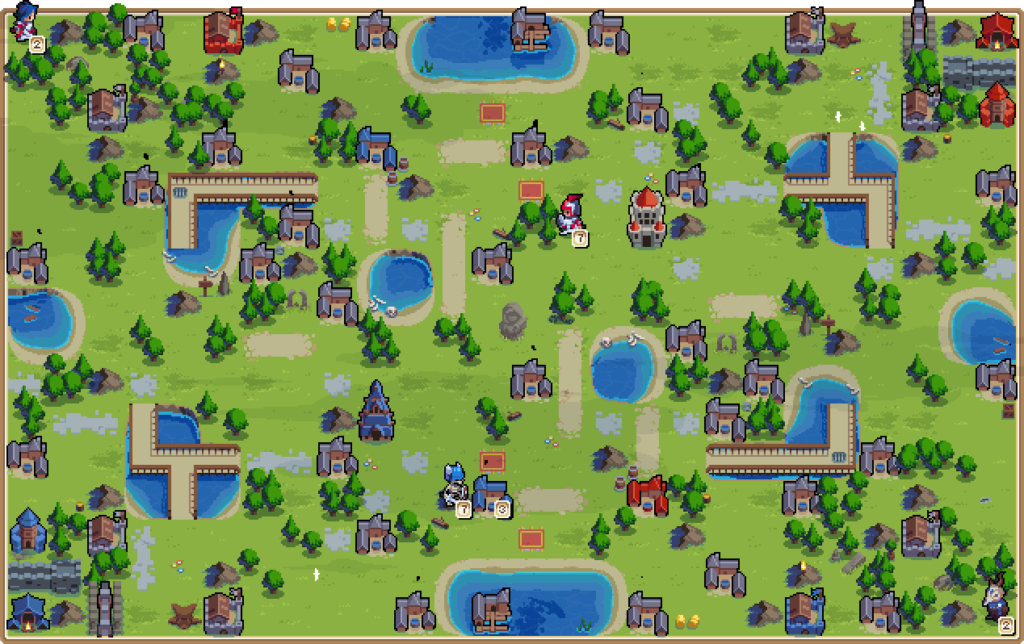 1. Tetrahex v1.17 by Sedgehun – Code: Y73FQT7Q
This map is wild fun if you enjoy larger scale fights with lots of units. Built with competitive play in mind, this map gives each player four barracks to recruit units from, and thirty-two villages to fight for control over. With the potential for so many units to show up on the battlefield, you’d best have your wits about you. 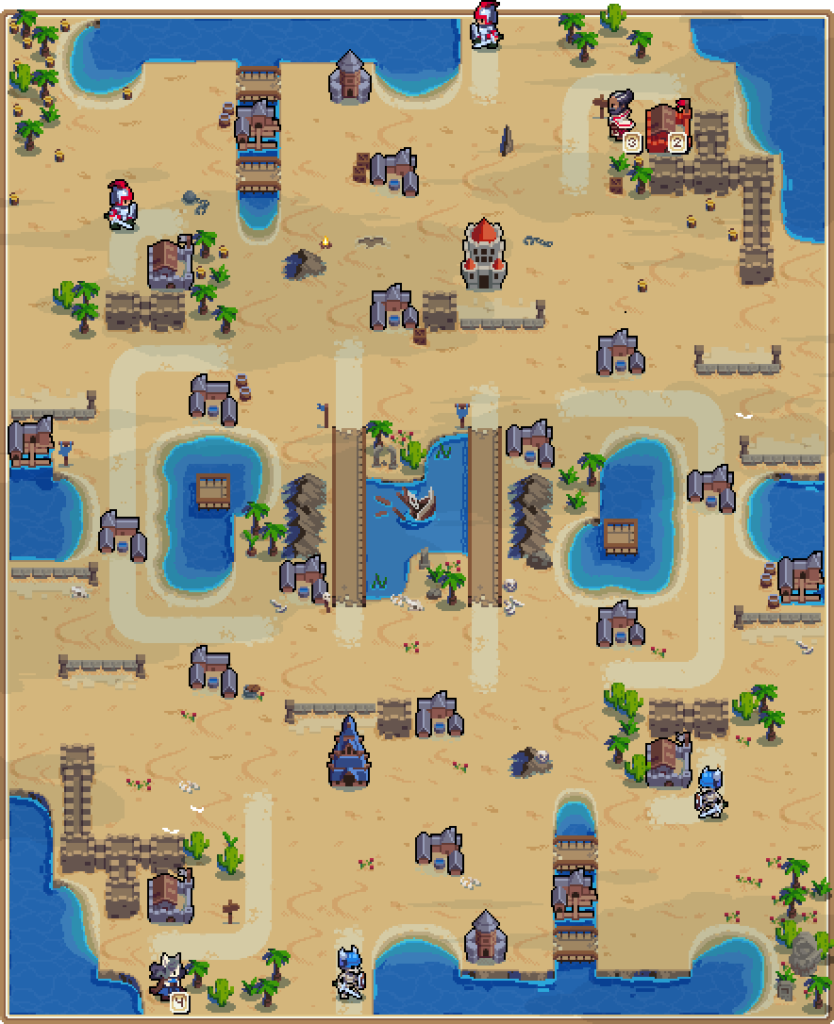 2. Sorched 1.06 by justyoureventualruler – Code: RCVLFF2U
The two opposing teams of this map are separated by several chokepoints, with those closer to the middle being particularly narrow, while those out to the sides give you some leeway. I found this to be great fun for a casual match! 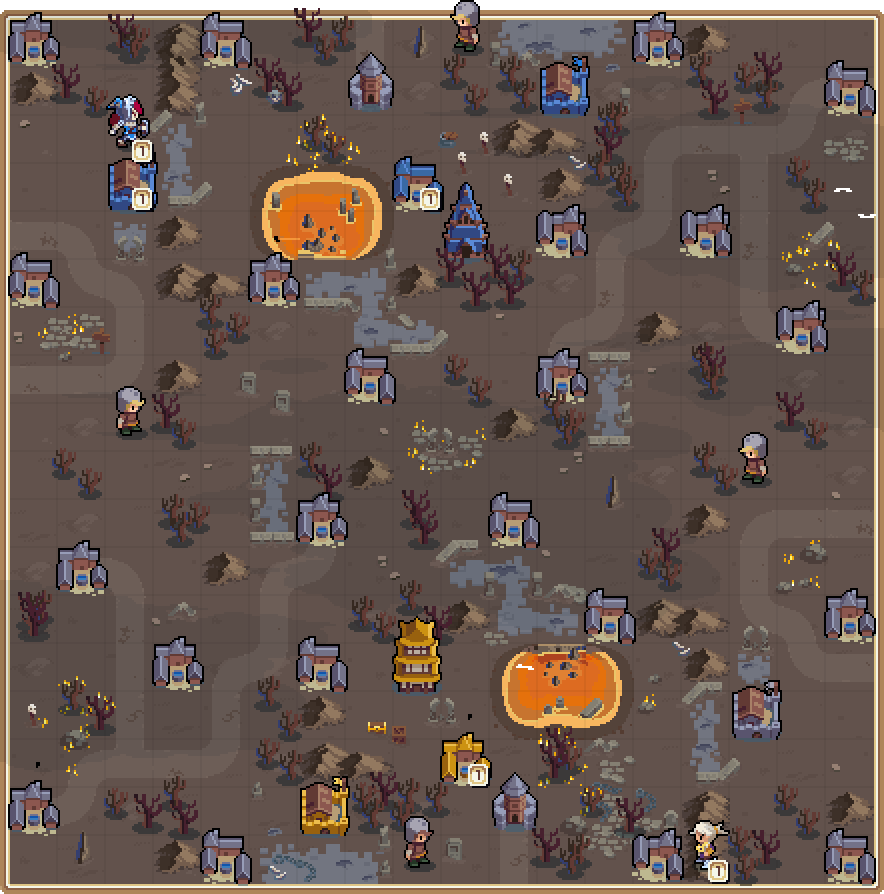 3. Project Oblivion by Xmo5 – Code: ZBX68SBF
Another well-made battlefield from Xmo5, a veteran mapper of the competitive community. Neutral villagers stand in place to create spaces that can’t be occupied by either player, while the abundance of flagstone gives you room to evade aerial attacks. May the best player win! 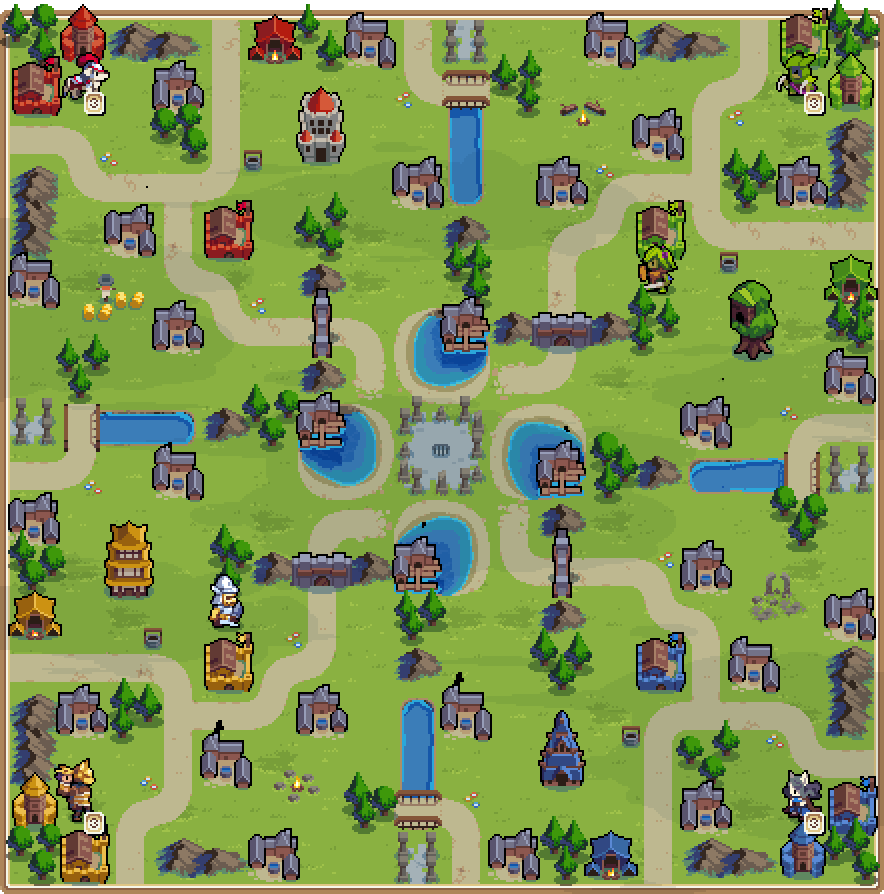 Bonus Dev-made Map – Delistrie Crossing by Armagon – Code: U9U5UF2E
I decided to dip my toe back into making skirmish maps this month with this small-scale four-player free-for-all! Gates make the central villages not especially accessible at the start, but as those doors come down roaming the map becomes easier and chaos can ensue. Just make sure not to overextend yourself and leave your stronghold exposed!

The deadline for the next Community Choice is May 28th!
If you’d like to see one of your creations in the Community Spotlight, you should hop onto the Wargroove Discord and post it in #community-choice. Even if your map or mod doesn’t get top votes from the community, we check the channel often, and efforts that stand out will absolutely be considered for the Spotlight! The creation with the most thumbs up will be the Community Choice winner, so don’t wait too long to submit your entries!

See you next time folks!