Armagon posted on May 28th, 2021 in Community Maps

G’day folks! Thanks for joining me for yet another community spotlight! I’ve got a pretty varied selection of creations for you today, so without any further ado, lets get into it! 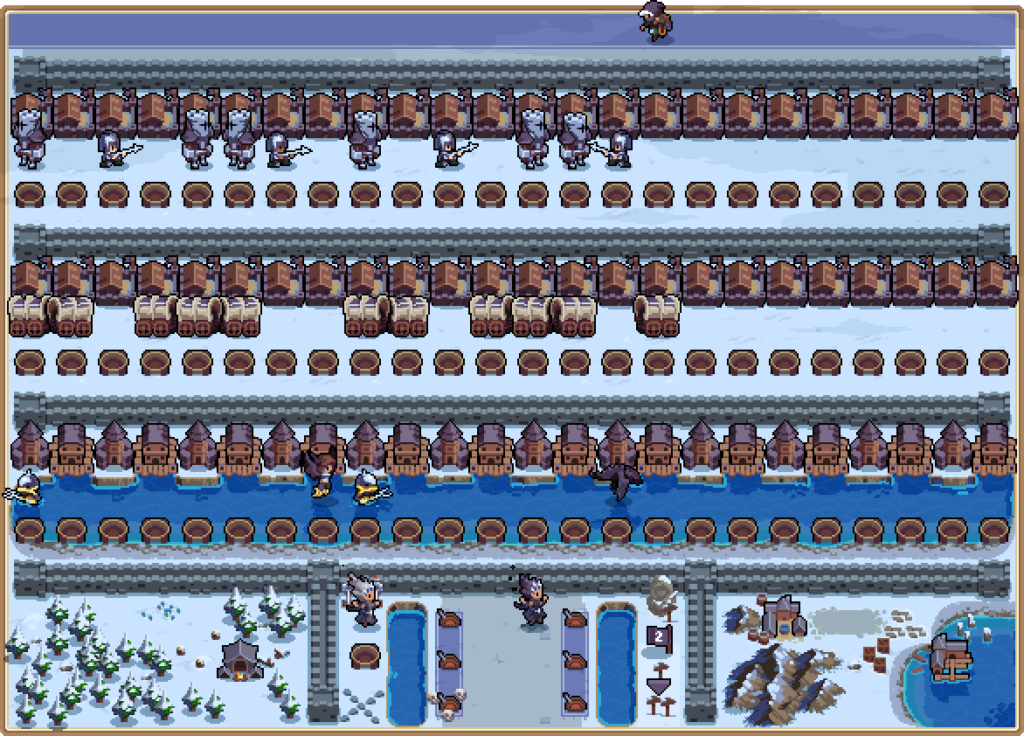 1. Groove Composer by Deminobody – Code: 5EVA8UCL
This map uses Wargroove’s event system to create a fully functional sequencer! It allows you to create short musical loops using a variety of sound effects, which is done by positioning units along several rows. The unit type and placement determines what sound plays and when. It’s impressively well-made and you can achieve some pretty cool results! 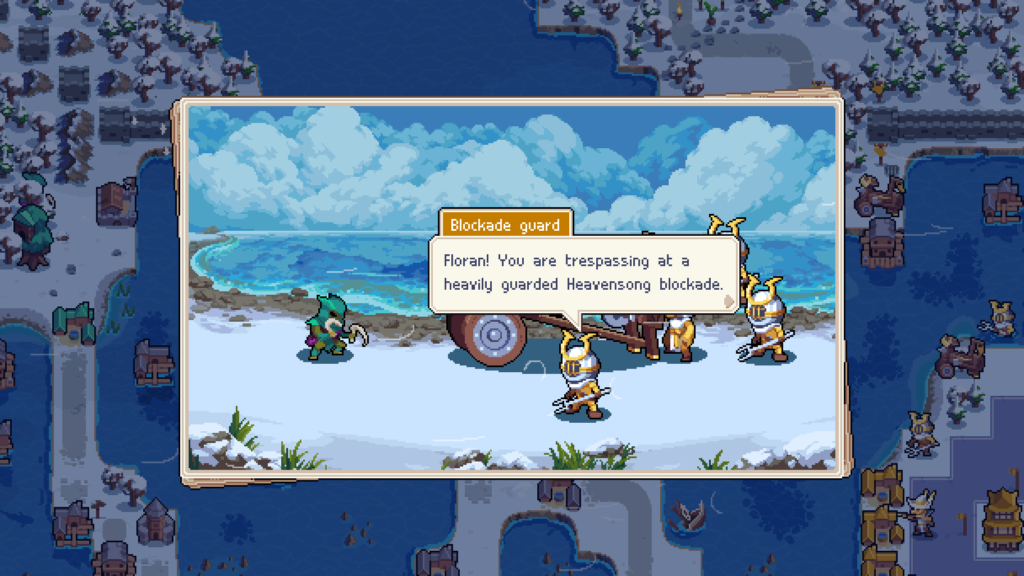 2. Untold Legacy of a Community 2.30 by Sedgehun – Code: H8NV6BKA
This robust campaign acts as a follow-up to the events of the original Wargroove story. The amount of love and effort that was put into it is plain to see, as each mission presents a variety of interesting objectives, each peppered with cutscenes and fun character interactions. Some missions can be incredibly challenging, and often the key to success lies in paying close attention to your surroundings. This is a campaign worth checking out! 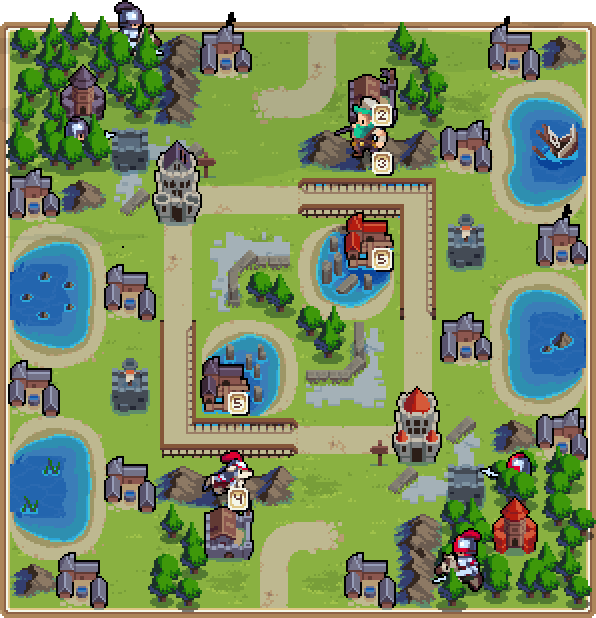 3. Greywall v1.01 by justyoureventualruler – Code: 2ZA6GBTN
It’s no secret that I enjoy smaller scale maps that cram engaging gameplay into their space. This entry does a great job of providing a tense close-quarters conflict as players race to pin down their opponent’s commander or to strike the very-accessible stronghold. 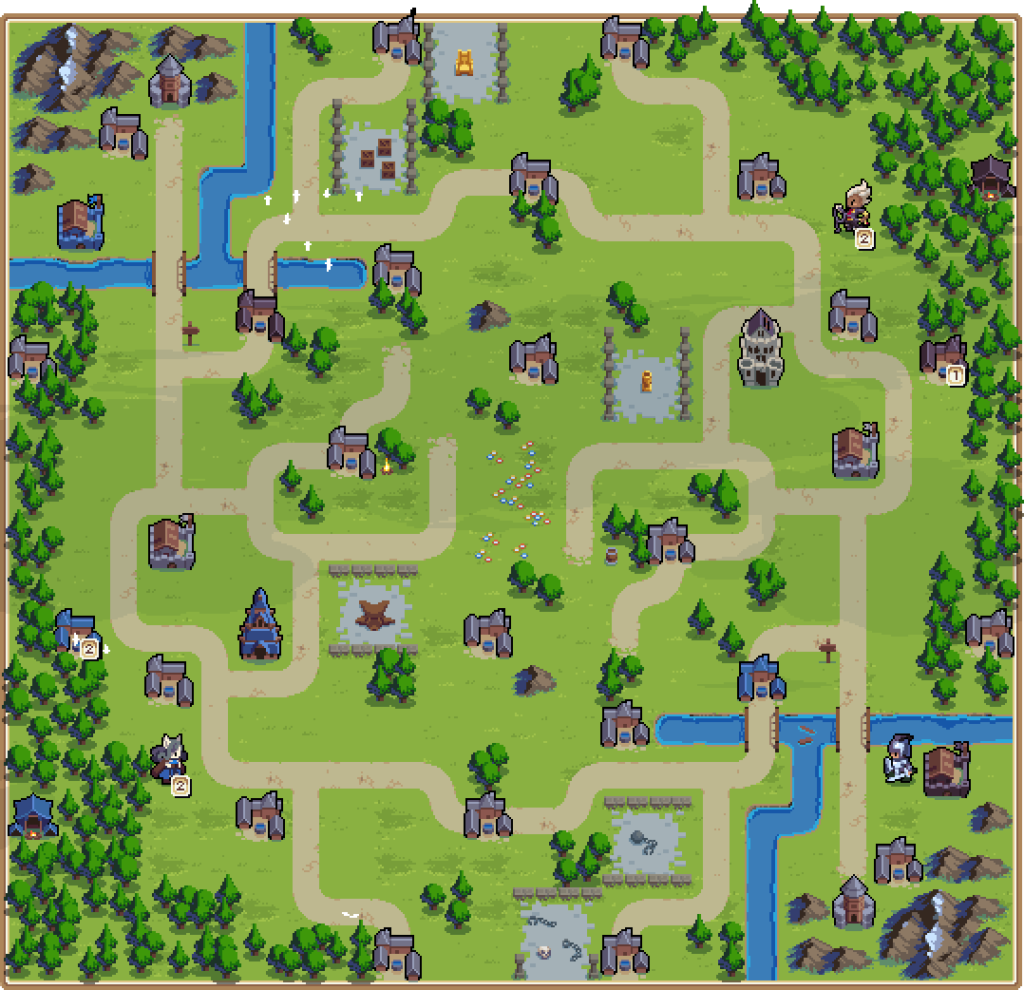 4. Treeton River v2.1 by BarrettRTS – Code: 5A3QTBXK
On the opposite side of the scale here’s a competitive-oriented map from a veteran of the Groove of War community! The ban on Trebuchets and Rifles allowed them to keep the map particularly open, whilst leaving plenty of roads for wagons and ballista to easily reposition. 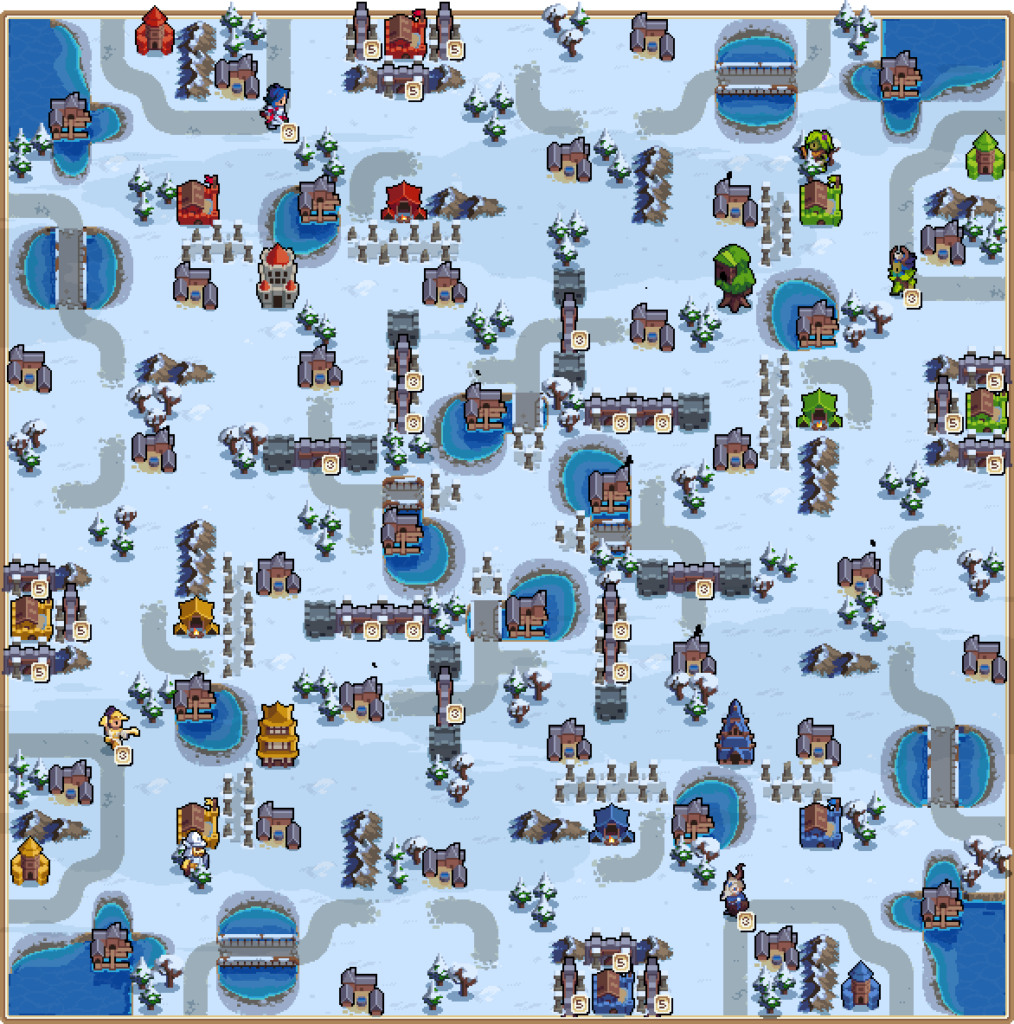 Bonus Dev-made Map – The Kindersard Keeps by Armagon – Code: ENRKGDLD
I still find myself enjoying pumping out four player free-for-all maps, but I wanted to introduce more fortifications in this one! To gain access to your second barracks you’ll need to devote a turn or two to cracking one of those gates open. Meanwhile the gates toward the middle present some interesting choices. You may want to keep them up to make it harder for opponents to move in on your stronghold, or you may want to tear them down to make it easier to move your own units through the center.

That’s all for today! I hope you guys find something you like in this month’s selection. I’ll be back with more next month, so until then you fine folks take care of yourselves and each other.