The PS4 launch is inching ever closer (release date to be revealed soon!), and we’ve got plenty of other Wargroove news on the way too, including a date for PC mod support, future content plans for all platforms and some other exciting surprises… In the meanwhile, the community-run Groove of War tournament is also still ongoing, and you can get involved and watch matches via GimbleB who has kindly been streaming battles live on Twitch!

Since we’re now on our 10th edition of this series, and with more community members on the way alongside the PS4 release, we want to shake things up a bit and involve you more, by giving you the power to decide which maps should be featured. Next spotlight we’ll be adding a special ‘Community Choice Award‘, where you’ll have the chance to vote and celebrate one map you think deserves some attention each Spotlight. To submit a map, just head over to the Wargroove subreddit and post on a comment on this thread with your map code, a short description and ideally a link to a screenshot. To vote, playtest the maps submitted and upvote your favourite! 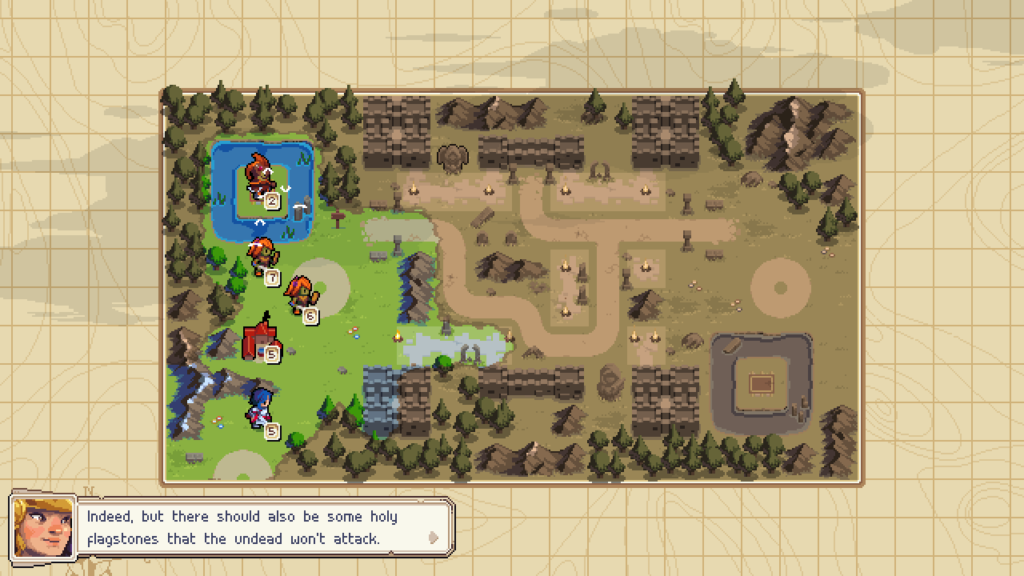 Jev has put a huge amount of work (and 200 hours according to their Reddit post!) into this full-length, 18 stage campaign, which sees you using forest spirits to vanquish your foes and eventually take on 6 guardian boss fights. The forest spirits you’ll fight alongside have an interesting gameplay quirk, where once killed they’ll return to the shrine of the villages you’ve captured – but you’ll need to watch out as your undead enemies will do the same. If you’re smart about it, you can block enemies from respawning by standing in the way of their shrine! 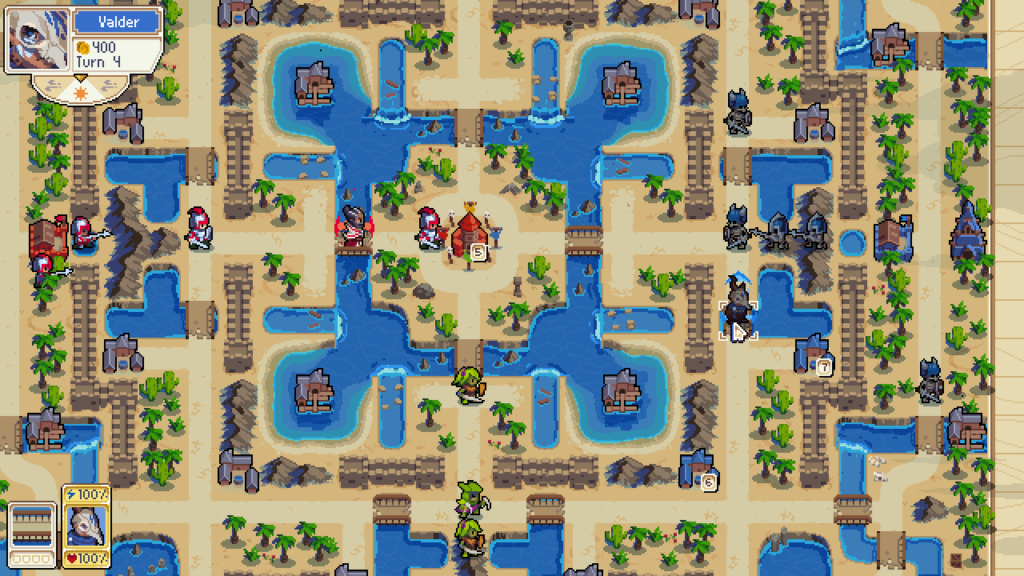 Take on this symmetrical sandy fortress and pit yourself against 3 friends, with a rush to the centre to take control of the Tower. Once you’ve claimed the central Tower you can start your path to total destruction by spawning air units to pick off your foes one by one. While Player 1 of course has the first move advantage, the extra units provided to Players 2-4 at the start of the battle to balance things out give you the opportunity to overpower and take back control of the Tower. 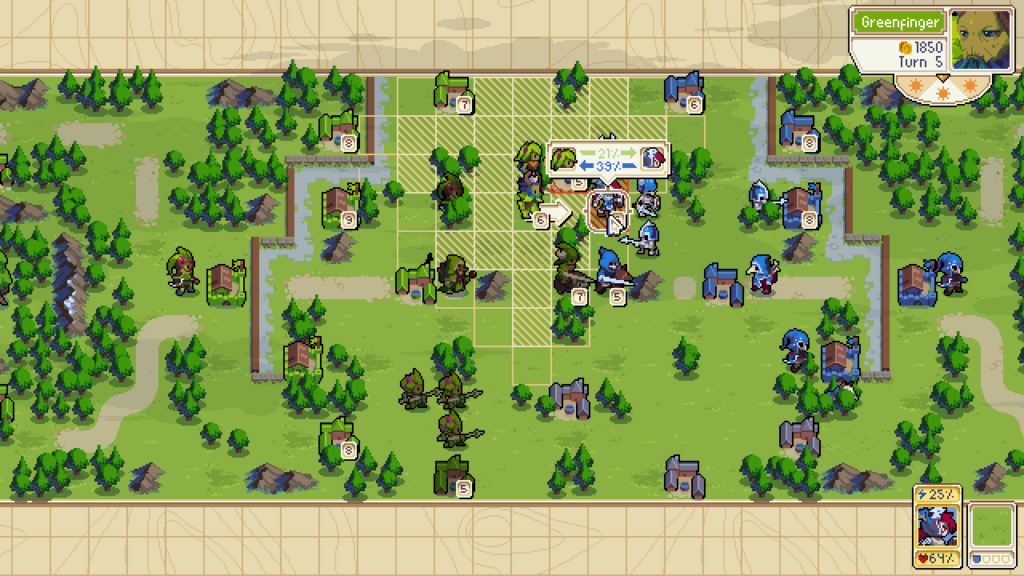 If you’re looking for a 4 player free-for-all map that really turns up the heat and requires your full attention, then walk this way towards Sikey’s new and improved Pincer Lane. Scattered across a very long and thin stretching grassy plains, players situated in the middle of the map will need to protect their structures and units from enemy attack on both sides, and weigh up the pros and cons of sending your units forth to engage in battle. We love how this map really makes you think about where you spend your resources and plan your strategy accordingly. 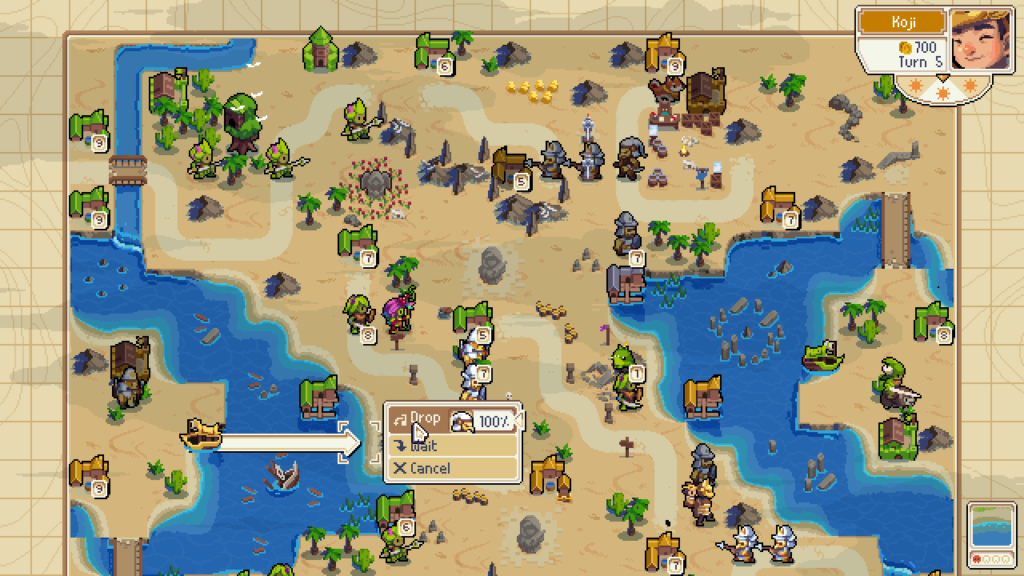 We do love seeing our pixel art decorations go to good use, and Sakuya’s maps definitely deliver on that! This symmetrical 2 player map is a fun bout in the desert sands, split by small sections of water tiles which you’ll need to plan some short ferry rides for accordingly. Grab a friend and give this map a go!

That’s all for this time. Remember that mapmakers can submit their creations here for the chance to be bestowed a Community Choice Award by your fellow Wargroove players.