The wait is nearly over!

Wargroove’s PS4 edition will be available digitally on the PlayStation Store on Tuesday July 23rd!

As we mentioned in the last PS4 Progress blog post, our main priority for this release was to ensure as much parity as possible between each platform version of Wargroove. The PS4 version will have all the content you know and love (aside from cross-platform multiplayer);

Rest assured – PS4 players can also download any of the many community-made map designs on the in-game Share tab, as well as uploading their own maps and campaigns to share between platforms. 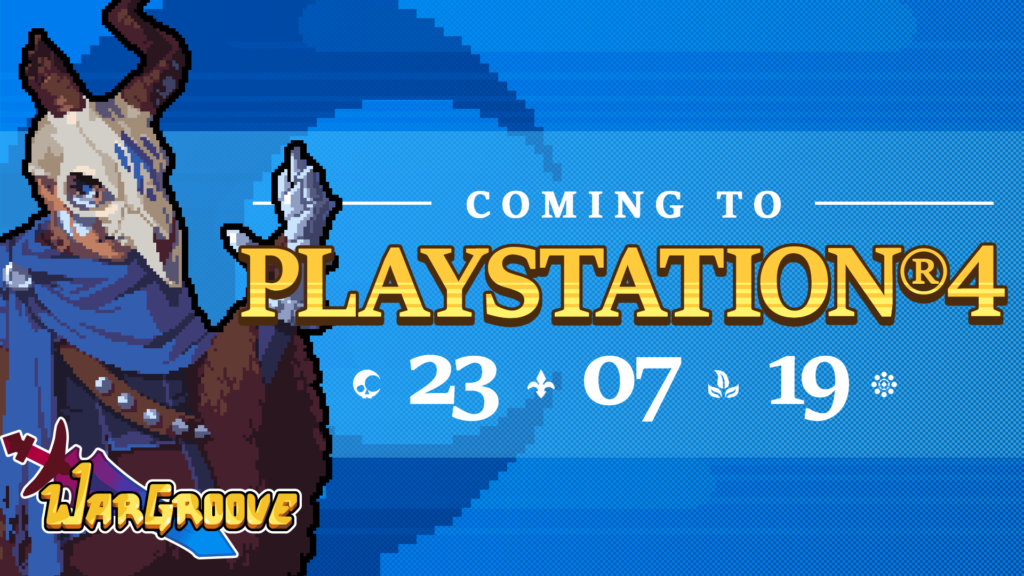 Big thanks to Blitworks who worked on both the PS4 port, as well as the Xbox One version. The team here at Chucklefish can’t wait to see what new PS4 players will make of the game, and we’re looking forward to checking out what creative maps, cut-scenes and campaigns you come up with! Do join us for a chat in the Wargroove Discord server, or you can find us on Twitter or Facebook too.

P.S. Don’t forget to submit your maps ahead of the next Community Maps Spotlight on July 26th. Even if you’re not a mapmaker you can take part too by voting for the Community Choice Award in the Wargroove subreddit!