We had some really cool entries for this theme from players participating in the public Modding Beta. Some have codes (if the mods are vanilla compatible) but others don’t – we’ve included links to all the mods used if you see something you’d like to try out yourself!

For details on how to join and test the modding beta check out the blog post.

Let’s get into it – here are the maps!

Mods used : Expanded Terrain (nexusmods)
In this map you’ll need use a Heavensong commander and forces to take the wall and castle and kill the necromancer. Winning requires fighting past the enemies at the choke-points, securing the area and then pressing into the castle itself. If you come too close to the walls, the gates will open in the enemy camp, so be careful where your troops stand… 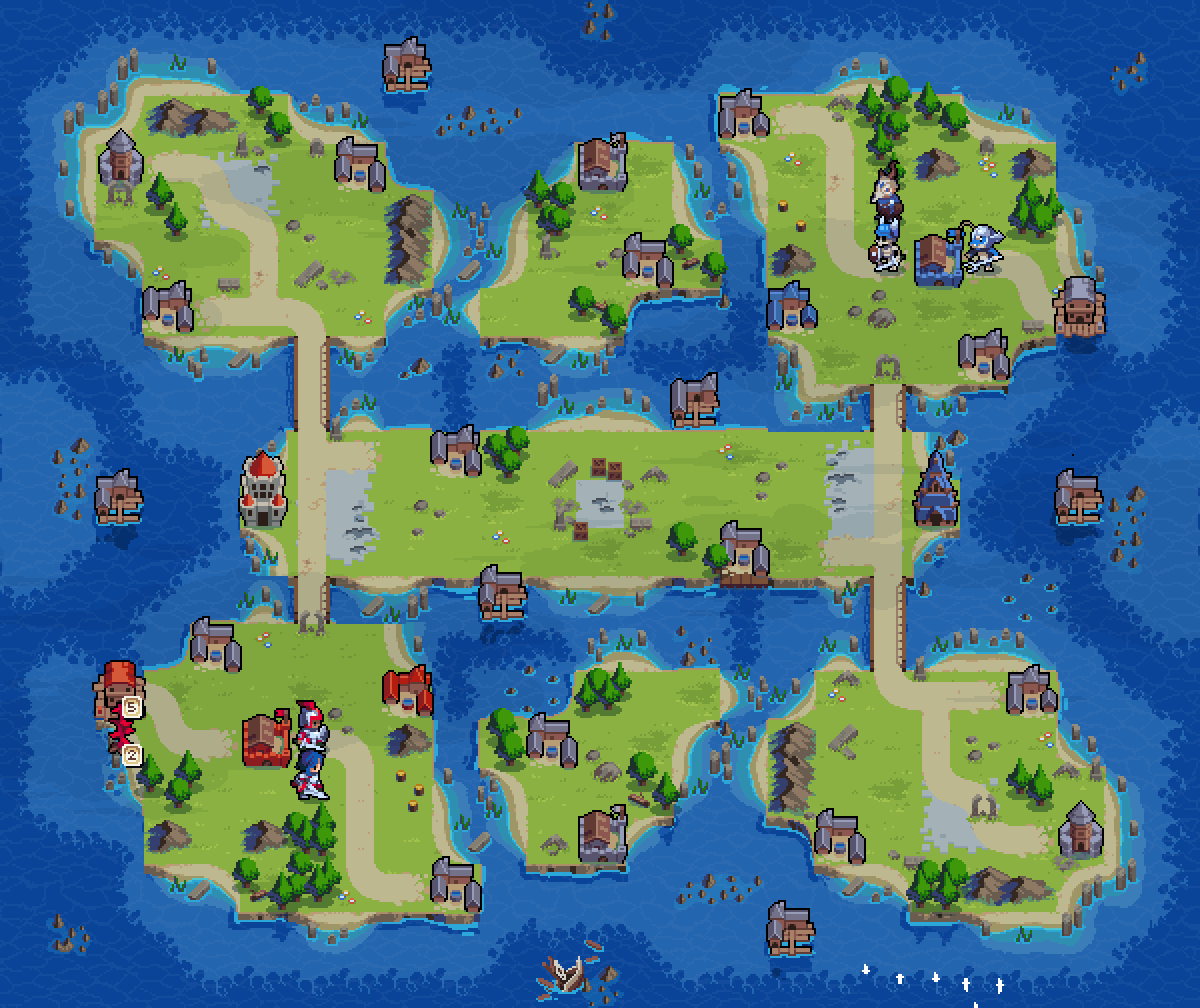 This map can be played with a vanilla client because all assets are vanilla. 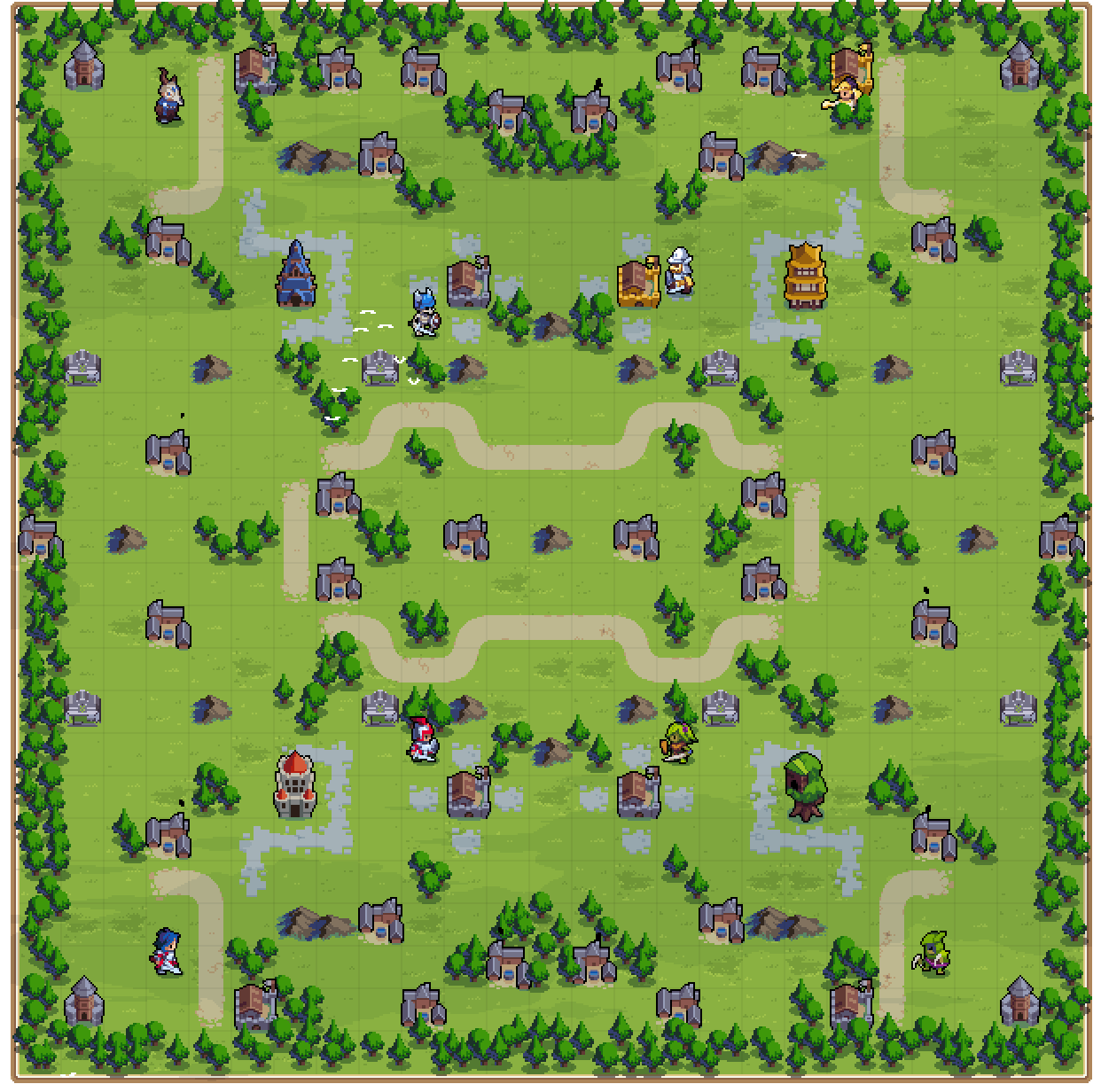 Mods used : Med Station (nexusmods)
This 4 player map is setup for 2v2 play. The mod used, “Med Station”, adds a new building which heals any units placed nearby it. Because this mod includes new custom assets it’s only available to play in the modding beta branch right now. 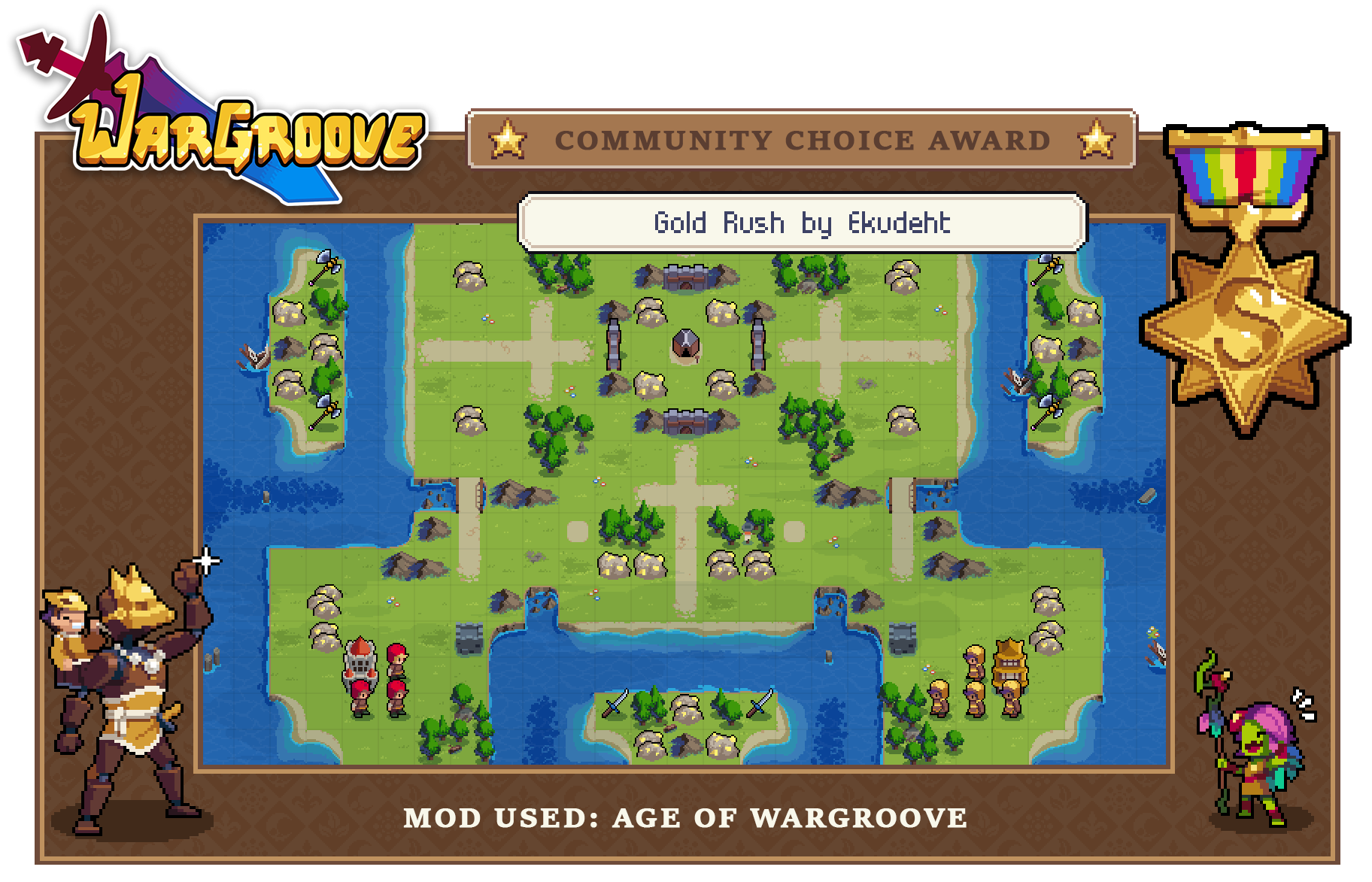 Mods used : Age of Wargroove (nexusmods)
The community choice winner for this theme is Ekudeht with their map titled ‘Gold Rush’. It features a mod called ‘Age of Wargroove’ which adjusts gameplay to more closely mirror Age of Empires or Warcraft. It features modified rules, commander equipment, villagers who can mine gold, and shops which restock every 5 turns.

That’s it for this spotlight. If you’re making desert maps this week, make sure to submit your designs on this thread via the Wargroove subreddit for the chance to be crowned the Community Choice Award winner next time! Don’t forget to upvote your favorite!