Hello everybody! I hope you’ve all been doing well!

Before we dig into today’s entries, a couple of our picks from the last spotlight have received updates!
* Deminobody’s map “Bizarre Bazaar” got updated to 1.2, which you can access with the code: NVZ6APEK
* Wigkx’s “Himalaya” also got a revision, and now is version 1.3.2, which you can grab using: DCX75H93

With those updates out of the way, let’s get to the new highlights! 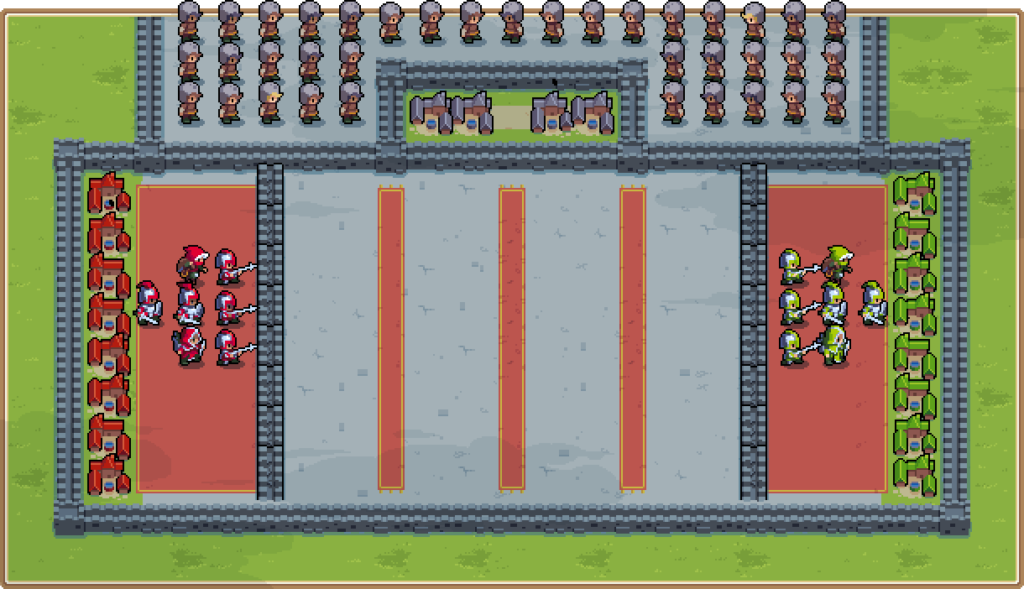 1. The Cherrybowl v2 by Sicilica – Code: 297YBC38
Another really cool custom game mode from the creator of “Simple Defense v3”. The objective is quite simply to have any one of your units reach the opposing team’s end zone. At the start of each round you get to decide the formation of your team. Once both players have set them, the walls come down and the game begins.

Units cannot hurt one another, so it’s a game of pure strategic positioning, where you must take the different movement speeds of your units into careful consideration. Naturally the Thief and Mage make excellent runners, but their incredibly high mobility also makes them very good at filling gaps in your defensive line when you want to block your opponent.

Honestly, I initially had concerns about this mode having a clear first or second turn advantage, but things are impressively well-balanced. While the player who moves first in a round gets to take the initative; the player going second has the advantage of being able to see the formation their opponent adopts, and plan their own accordingly. After a couple of points have been scored, there’s a fun halftime show and then the starting player switches so each player experiences both sides of this dynamic.

All in all, this is a really fun custom mode that I highly recommend playing with a friend! 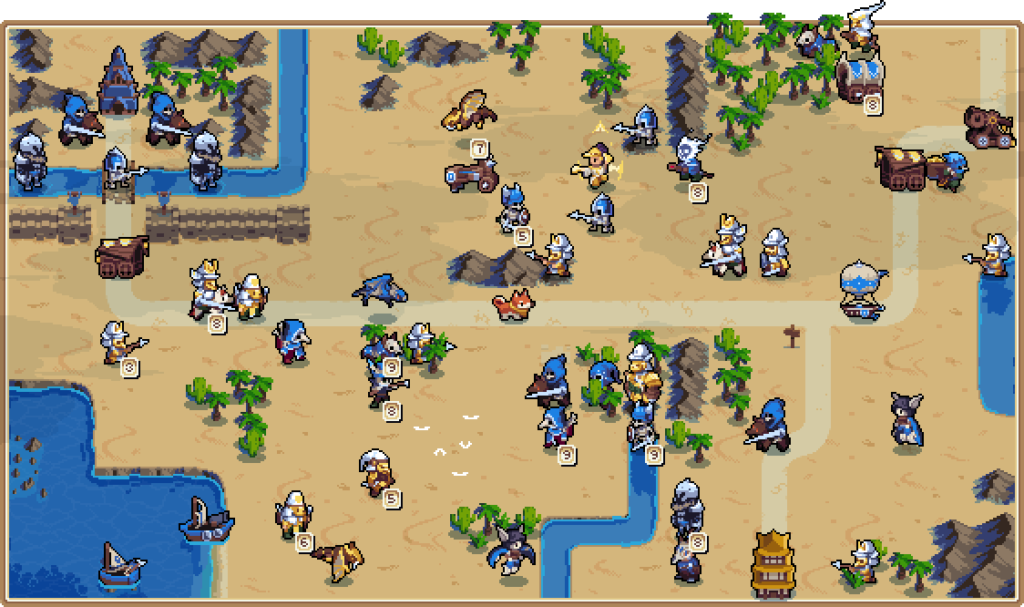 2. Gone with the Wind by ABC – Code: UENNKQ6A
This puzzle map presents a lot of options to work through, which makes deciding what to target pretty tricky. I appreciated the layers of complexity and really enjoyed picking it apart, so I thought you guys might too! 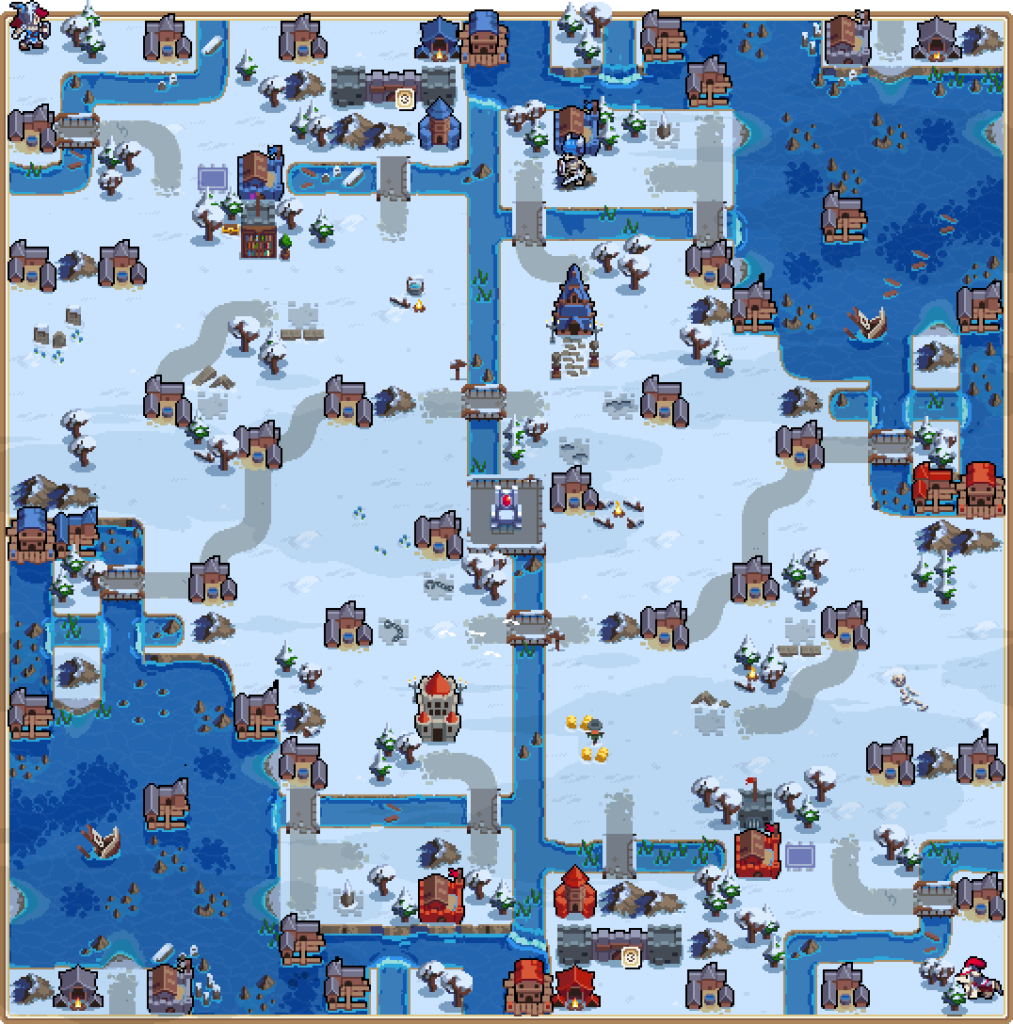 3. Winter Madness 1.3.3 by Alpha_75159 – Code: EYBDMB43
This is one of the higher economy 1v1 maps I’ve shared in community spotlight. There’s multiple fronts to fight on, and retaining control of the water can really give you the edge, as only the barracks and hideouts in the corners can produce ballista, trebuchets and riflemen. Sending aquanauts along the central river can be incredibly useful as well.

Bonus Dev-made map: Triple Threat Portal Battle by Armagon – Code: NM5AZTVC
Following up on my previous portal-focused maps, I decided to take a stab at something more freeform. Like a typical skirmish, your objective is to defeat the enemy commanders or destroy their strongholds, but in order to enter their territory you’ll need to use the portals dotted across the map.

You can send your units through any portal on the map to one of three arenas, with each player having their own arrival points in each one. You can freely switch the destination of the portals as many times as you want on your turn, allowing you to potentially move many units between different arenas at will.

To emerge victorious, you need to keep control of your own territory, while conquering that of your opponents by aggressively taking advantage of the portals. 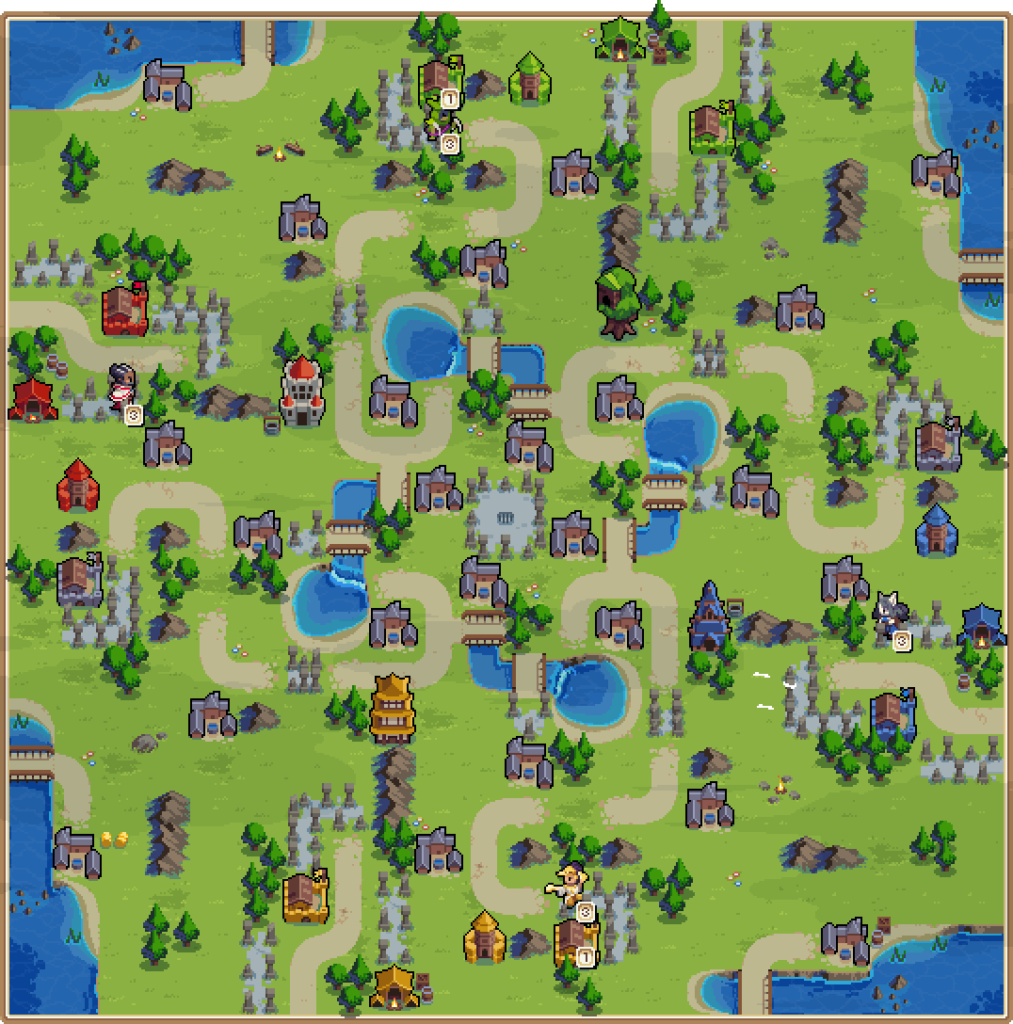 Bonus Dev-made map: Falstino Ruins by Armagon – Code: G4UP5M35
I really enjoy making four player free-for-all maps, so here’s a new one for you! Taking control of the wealth of resources in the center can give you an edge in the match just as quickly as it’ll paint a bullseye on your back. With enemy barracks positioned so closely to your own Stronghold, you’d best be on your guard.

That’s all for today! As Chucklefish will be on Christmas break at the time the next entry would normally be due, you can expect the next community spotlight to come in the new year. I’m really looking forward to seeing what you guys make over the holiday season and sharing the highlights in January!

Until then, stay safe and look after yourselves. I wish you all the very best!