Hi folks! I hope August has been treating you all well! The Wargroove community continues to surprise me with the amount of quality content being uploaded to the game, month after month. It’s made my task of picking the highlights simultaneously easier and harder. Easier because there’s usually plenty of options to present, but harder because of the volume of stuff I need to play to find the best! Let’s jump into this month’s highlights! 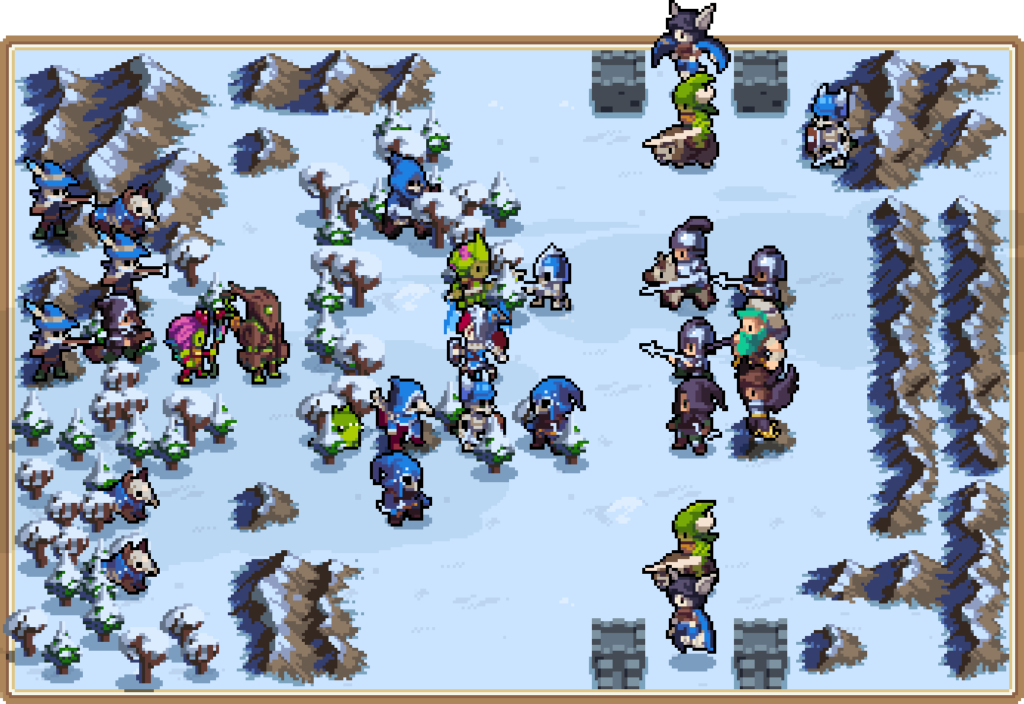 1. Out of the Aeons by Bergil – Code: HRXS8MLZ
Kicking us off we’ve got this nice little brainteaser of a puzzle map where Wulfar and Nuru are both stuck fighting each other in an endless cycle, as the map’s opening cutscene explains. To break them out of the loop you must stop the fighting by taking down both commanders in a single turn. I can’t say I’ve played many puzzle maps with an actual story! 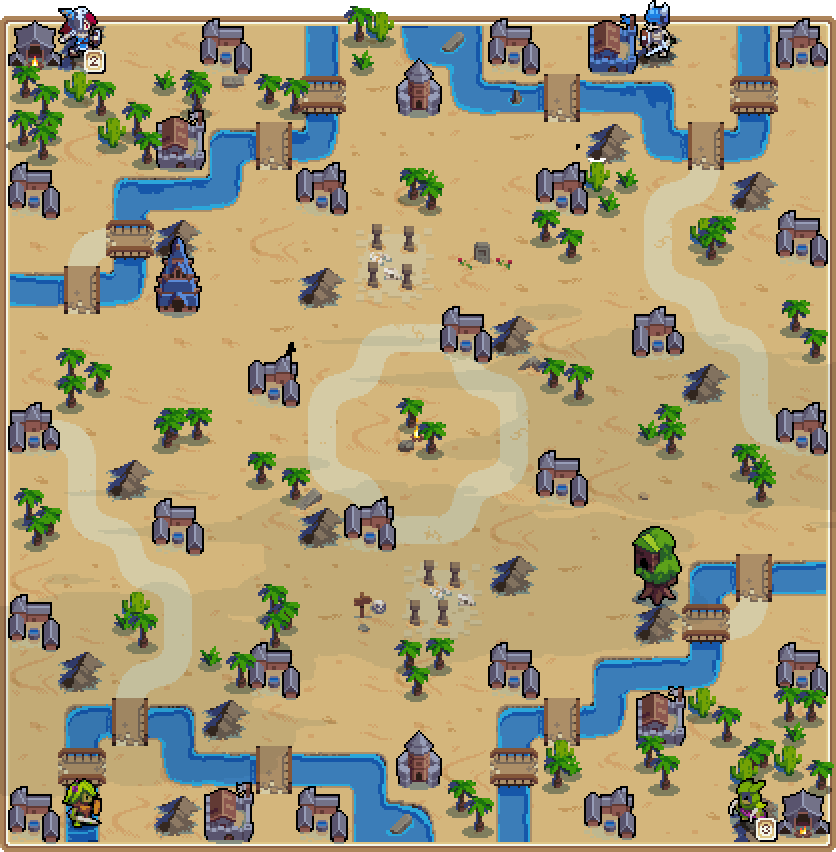 2. Gilgamesh 1.8 by Fadedsun – Code: M2M52XLE
With so many villages for a map this size, you will have more than enough gold to build up a sizeable force. Units will probably take at least a couple of turns to reach the fight so foresight will be imperative to ensuring your victory. 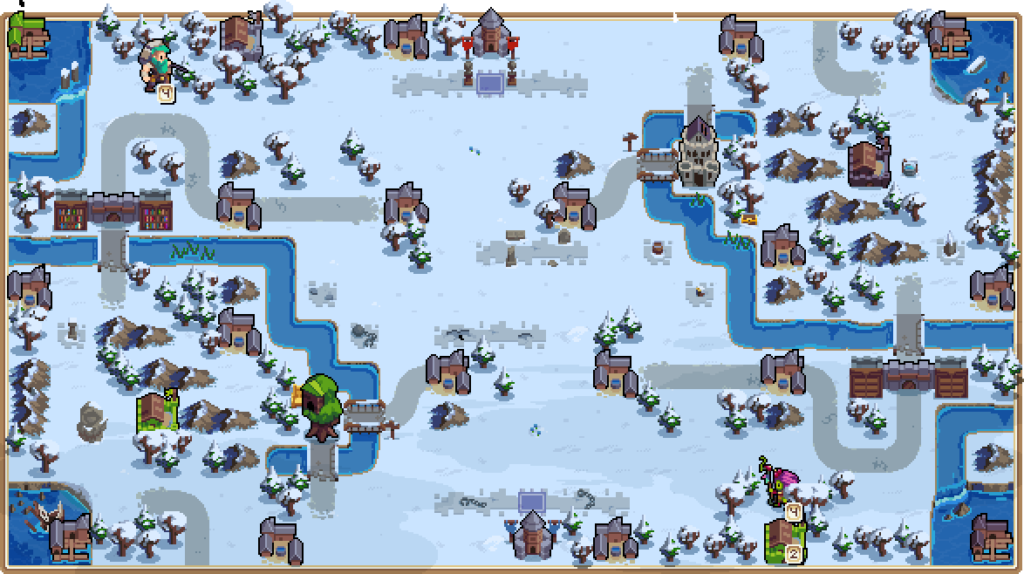 3. Chains 2.0 by Alpha_75159 – Code: 3CPYCD4L
With barracks positioned in opposite corners of the map and a wide open central battlefield, you’ll have to decide how best to balance your forces between keeping your recruitment structures safe and targeting the enemy stronghold or commander. 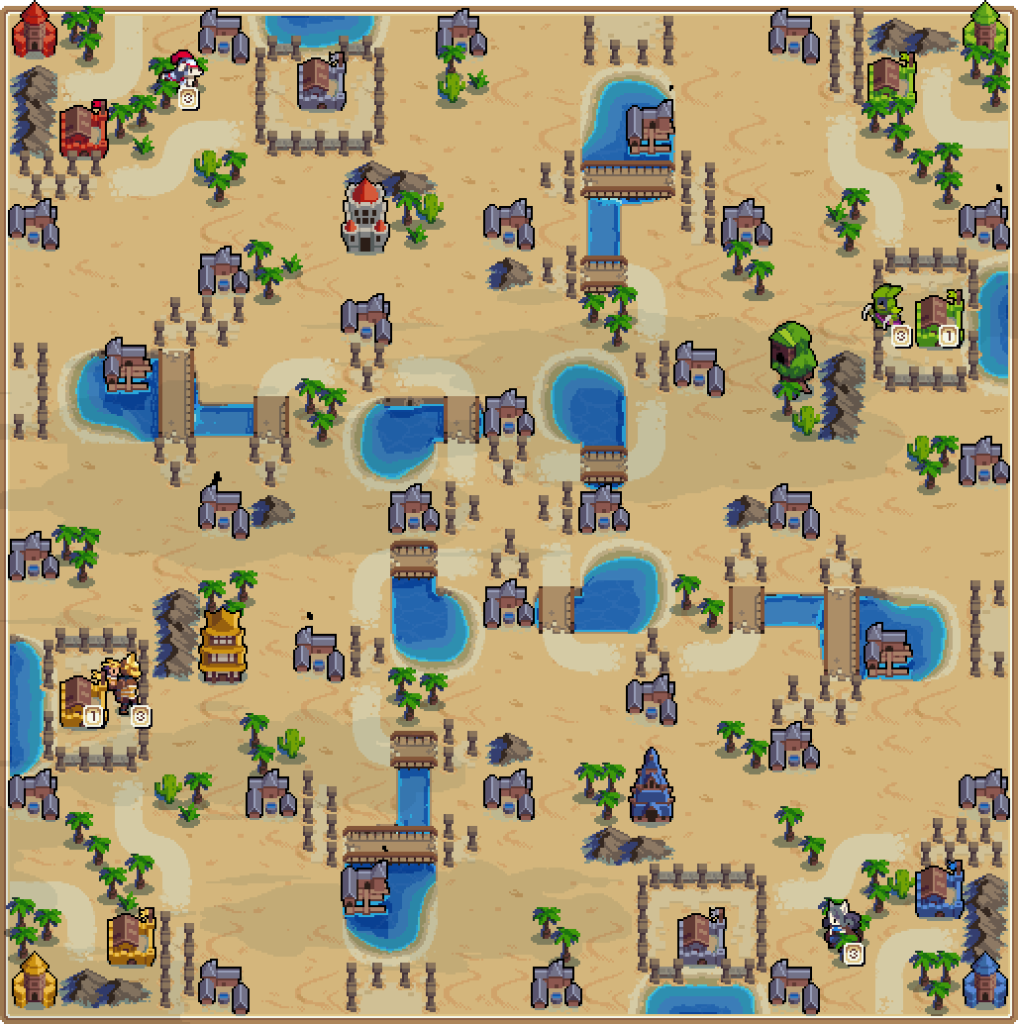 Bonus Dev-made Map – The Ruins of Ezum by Armagon – Code: SH9CR4E5
For this month’s entry I decided to put together another four player free-for-all map since there aren’t that many mappers attempting to make competitively-balanced ones. At first glance it might appear to have a lot of chokepoints, but with the amount of beaches it’s actually quite freeform, though air units will have to account for the flagstone tiles when positioning for their attacks. I hope you guys like it!

That’s all for todays entries!
If you’ve made something Wargroove-related that you think deserves to be featured here, you should share it on the Wargroove Discord in the Creative channels! I regularly check those channels for cool stuff to feature, so that’s your best bet for ensuring I’ll see your work. I’ll be back with more highlights next month, so until then you lovely folks stay safe and take care of yourselves!