Hey guys, it’s great to see you all again! I’m back with more quality map creations, fresh from the Wargroove community!

Before we dig into today’s entries, one of our entries from the July spotlight received an update!
* Kokoado’s map “Alésia” got bumped to version 1.1, which you can access with the code: EHWX4V8Z

With that out of the way, let’s get to this month’s highlights! 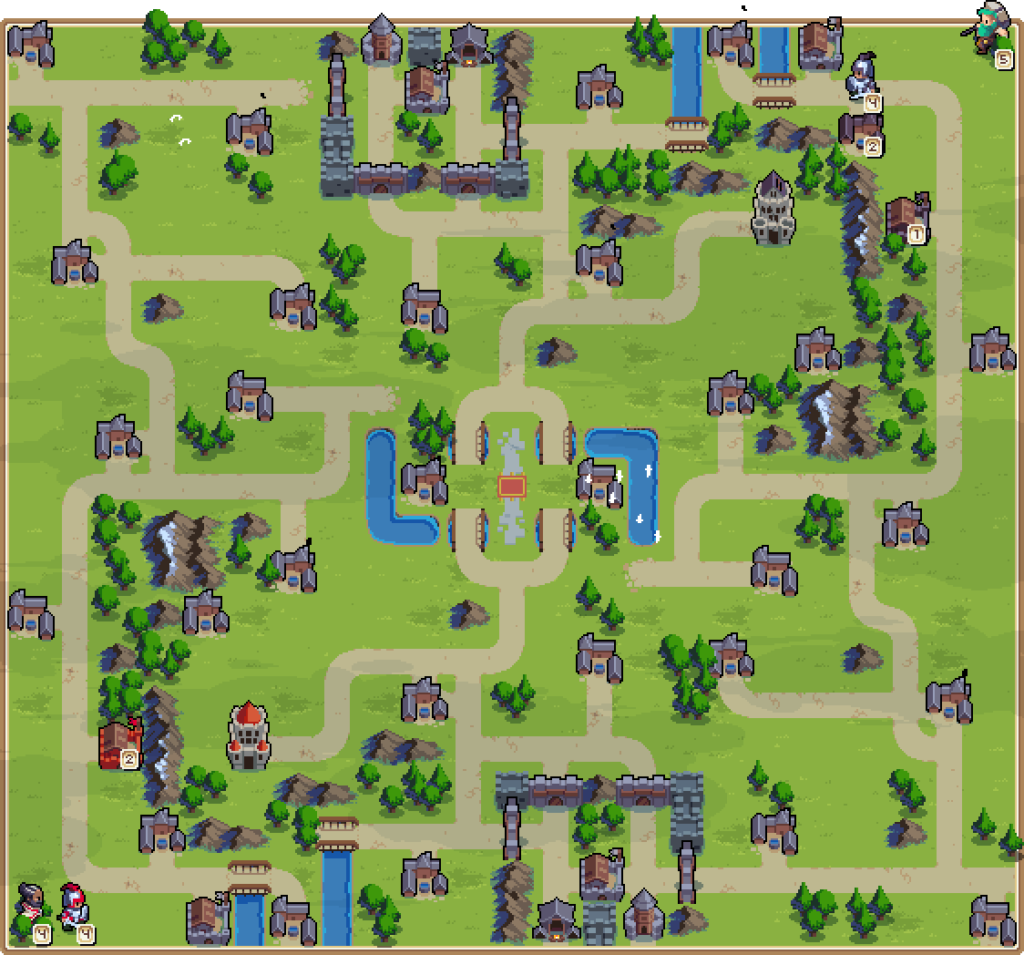 1. Tabletop Wars v1.3 by Brope Ian – Code: NZBHNE7T
Both players have access to up to three barracks on this map, but the ones closest to the central battlefield are nestled away behind walls and mountains, so you’ll need to plan your capture routes accordingly and decide whether you want to leave the gates intact. They make it harder for your units to get out, but also make it harder for enemies to get in! 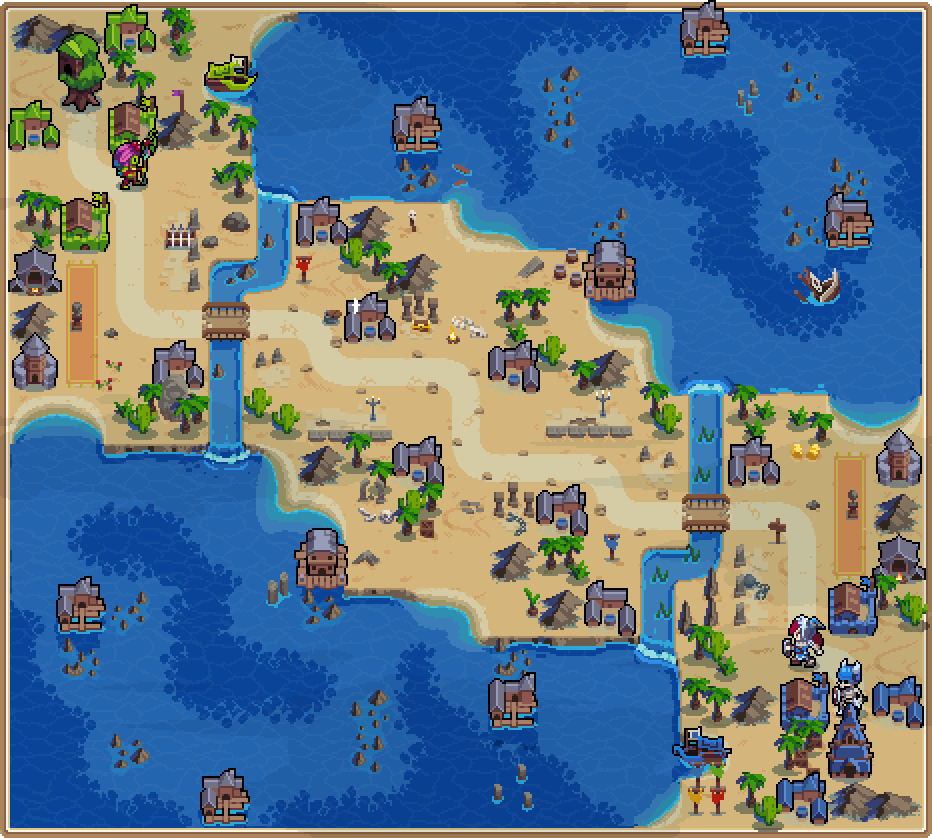 2. Waterlogged Wastes by Liam – Code: 44MEX2ME
The central island is quite narrow, so you’ll definitely want to take advantage of those starting barges to get a unit to a port as quickly as you can. The river crossings allows merfolk to slide in and potentially do some hefty damage to higher value units as they head out to the battlefield. 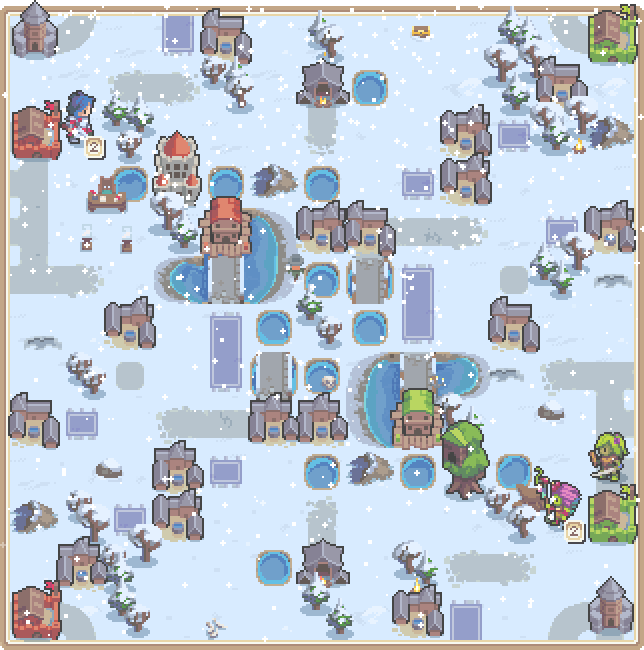 3. Knife Fight in a Phone Booth v 0.4 by TheSneakyDragon – Code: JW2JJCNP
This is a battlefield built for close quarters fighting, with the standard weather being severe reducing the effectiveness of ranged units. This map proved really interesting to play thanks to the central ports. With the amount of river tiles dotting the middle, merfolk can manoeuvre around and hit nearby ground units and structures with crits. Despite the relatively small size of the map, there’s a lot of room for strategy here. 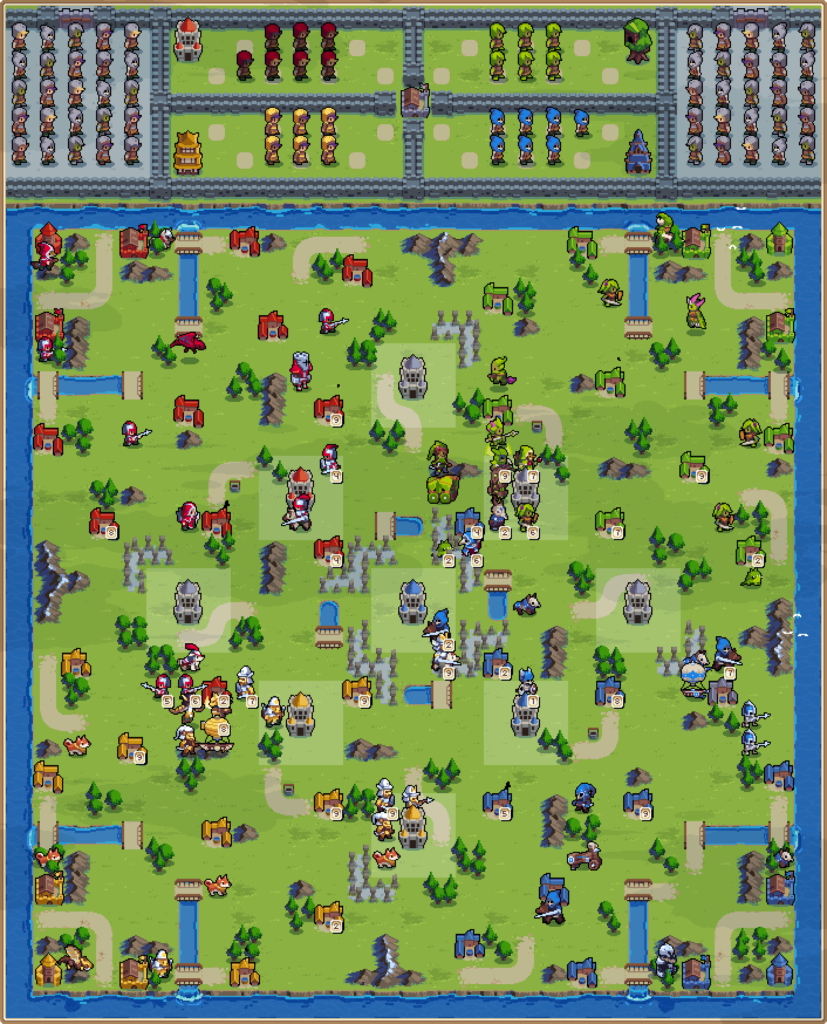 Bonus Dev-made Map – Zone Control 4P: Grey Raven Fields – Code: 9ZZSY7PP
In this custom game mode, players compete to seize control of zones spread out across the battlefield. You take control of a zone by having a unit occupy the area without any enemies present. If an enemy enters a zone you’re currently controlling, the zone is neutralised until one of you is pushed out.

At the start of your turn, you gain one point for every zone currently under your control. The first player to earn 15 points wins the game! You can keep track of how many points everyone has at the top of the screen. If your point situation isn’t looking good, you can still eliminate opposing players by taking down their Commander.

I’m really pleased with how this one turned out, so I hope you guys enjoy it!

And in case you missed it…
We released a lovely little game called Eastward yesterday! It’s been a tremendous labour of love for our good friends at Pixpil, so it’s gratifying to see it receiving such a positive reception from critics across the board! If you haven’t had a chance to check it out for yourself yet, it’s available right now on Nintendo Switch and Steam!