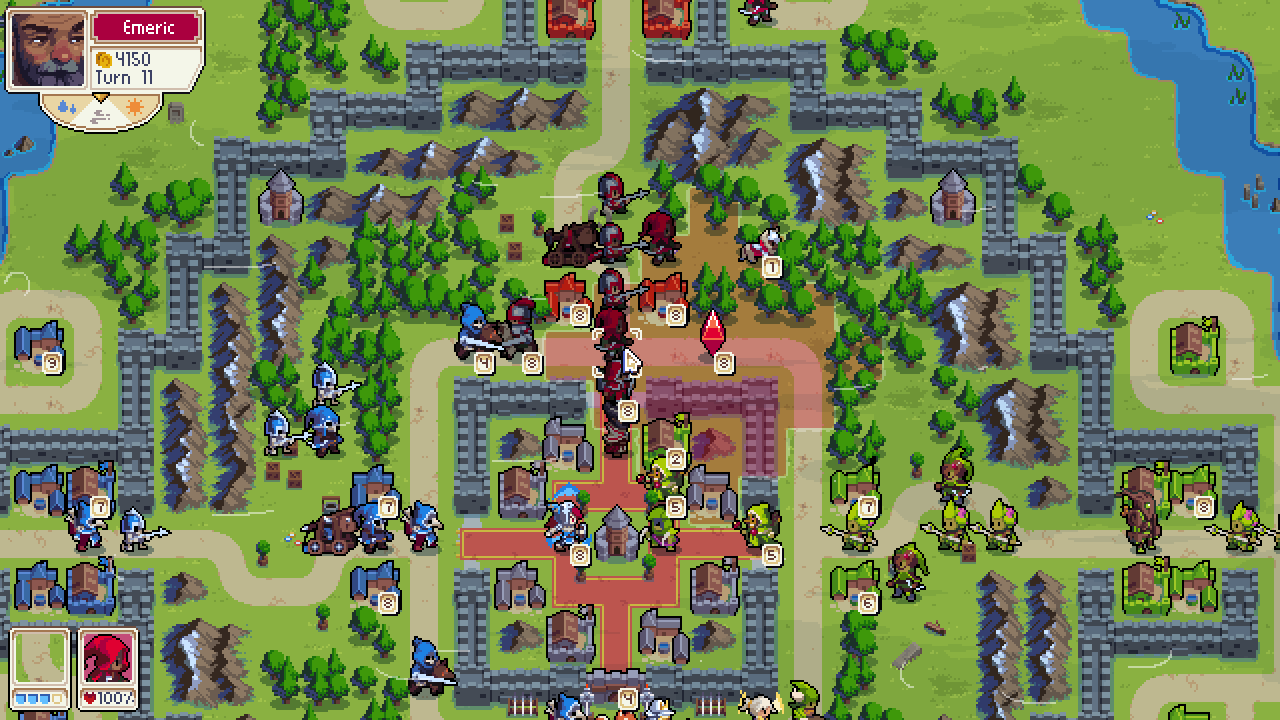 We’re starting off the week strong with another look at our favourite community-made maps. It’s a great time to get into map creation, with Wargroove currently 33% off in the Steam Summer sale (complete with some nice Steam Grand Prix rewards for playing), and the community-run Groove of War tournament ongoing! The 3rd edition of the tournament kicked off 3 weeks ago, and is now down to the final 8 players – so congratulations to Vitto, Vyte, RedJams, Deliscore, shoe, Ash, Linx, and Luis07! Members of the Groove of War community, as well as the team here at Chucklefish will be donating prizes to the winners, so do check in on the match streams as the final battles start heating up… 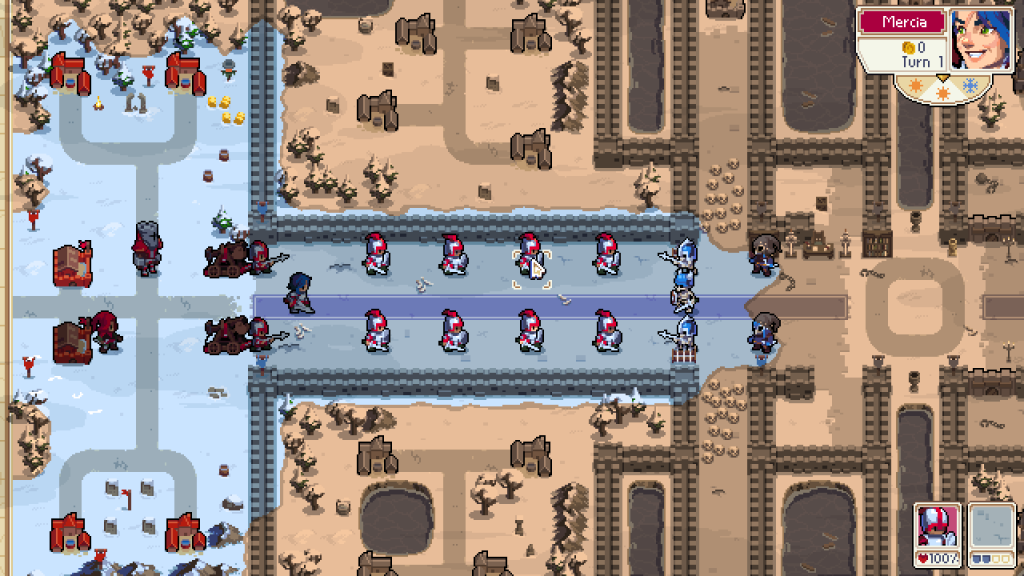 This delightful scenario map from A Ghost of Mango gives you precisely 20 days (that’s 20 turns) to stop the end of the world happening, by destroying the enemy base. But even with your army of ground units, it won’t be quite so simple as enemy Commander Valder has a few tricks up his sleeve, such as a Fellbat, some well-positioned trebuchets and even two ominous looking corridors adorned with skulls, hiding a nasty trap… 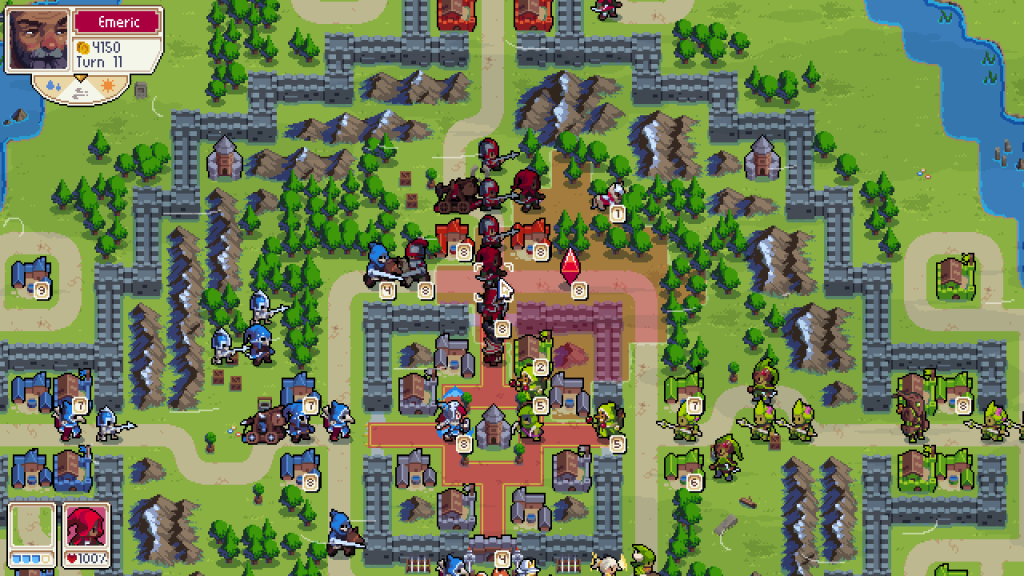 2. Struggle Within the Walls by Chaos – Code: RAT8WH45

If you’re on the look-out for another 4-player chaotic scuffle, Struggle Within the Walls is a good option to try out. The map has a nice castle-keep design, with just one lone Tower structure in the centre. It’s a race towards the middle, with several gates to crash through on the way, and plenty of structures to capture for good measure. While there are some slightly frustratingly placed Barracks, this map is definitely worth a go. 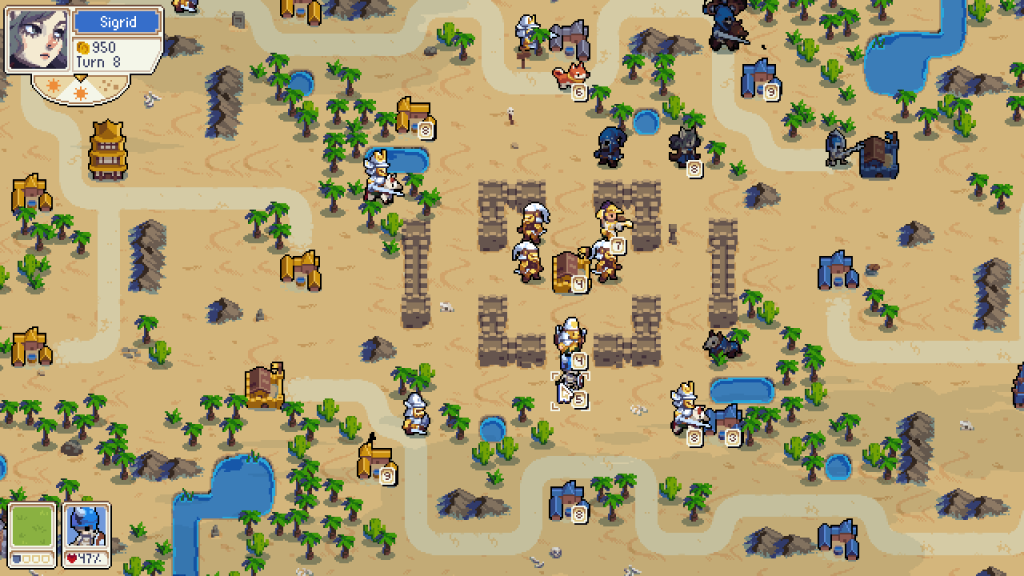 I’m always drawn to desert maps – they just look so darn inviting when they’re nicely decorated with plenty of hardy flora, sand-buried walls and small refreshing pools of water. Oasis Fortress is not only an interesting battlefield layout, but it’s also a fun symmetrical 1v1 map, designed by bengui with competitive play in mind. We charged straight for the centre with this one to station some ranged units around the middle Barracks. 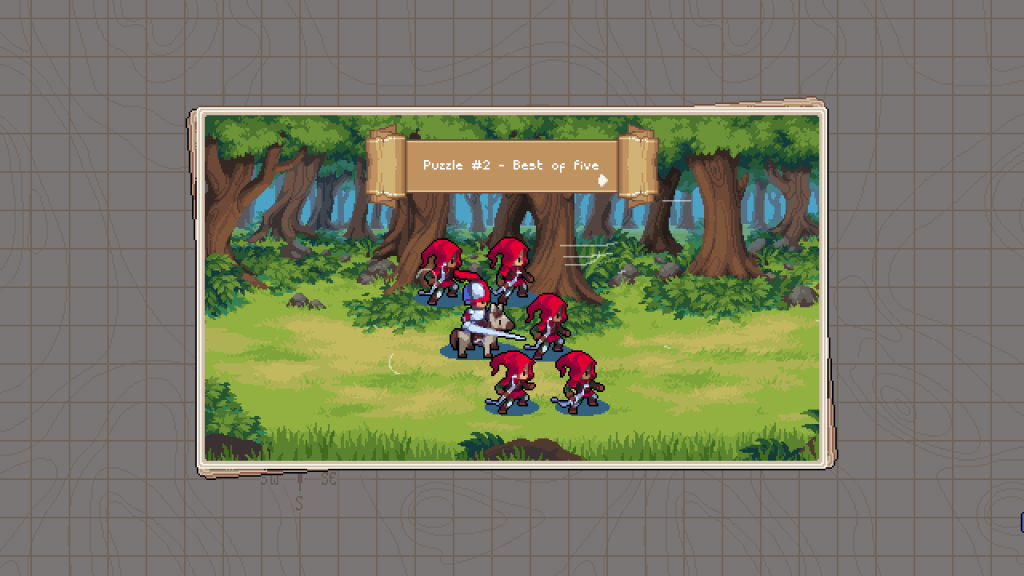 If you’re in need of a bit of a brainteaser this week, look no further than Chocos’ Puzzle Quest World, a lengthy campaign comprised of a series of challenging one-turn-to-win puzzles. As you progress with each round the harder the puzzles get! There’s some nice intro screens too before each challenge to help break up this campaign of conundrums.

That’s it for now. We’ll be on the look-out for more awesome maps in the next edition of the Spotlight. If you enjoy playing any community-made maps don’t forget to rate them by going to the in-game ‘Share’ tab, and then selecting a map from your ‘Downloaded’ list. You can also downvote maps you wouldn’t recommend and report any which need reviewed by selecting ‘More Info’ and then ‘Report’.