We checked our calendars and it turns out Wargroove is 1 year old today?! It’s crazy to think how much has happened since the game’s launch on February 1st 2019 – from content updates, to bug fixes great and small, new languages, the PS4 release, a physical launch, modding beta, community competitions, Xbox Game Pass for PC launch, events, livestreams, Groove of War tournaments, awesome merch including a vinyl record and the upcoming free DLC!

Before we get too carried away looking ahead to Wargroove: Double Trouble next week, we first wanted to look back at the game’s development, and share our favourite community fanart and dev stories!

Rodrigo – Technical Director
My favourite part of working on Wargroove was when I finished the basic engine port to the Nintendo Switch. It all wrapped up at once, and I was suddenly able to hold a Nintendo console running our game. For someone who grew up enamoured with the SNES, it was a magical moment! 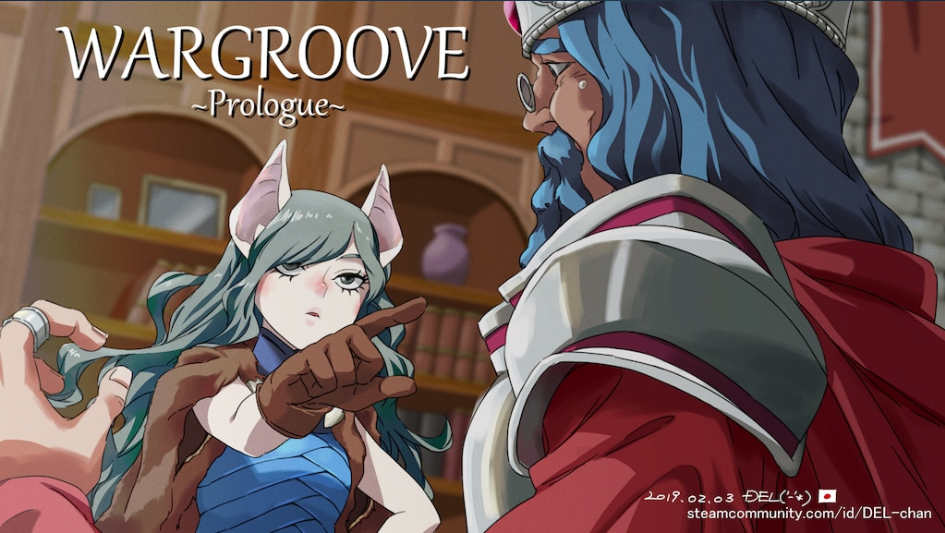 My favourite part of development was when we took Rodrigo to the mall to meet Santa, and Rodrigo sat on his lap and said all he wanted for Christmas was to make a turn-based strategy game, and Santa said his wish would come true. 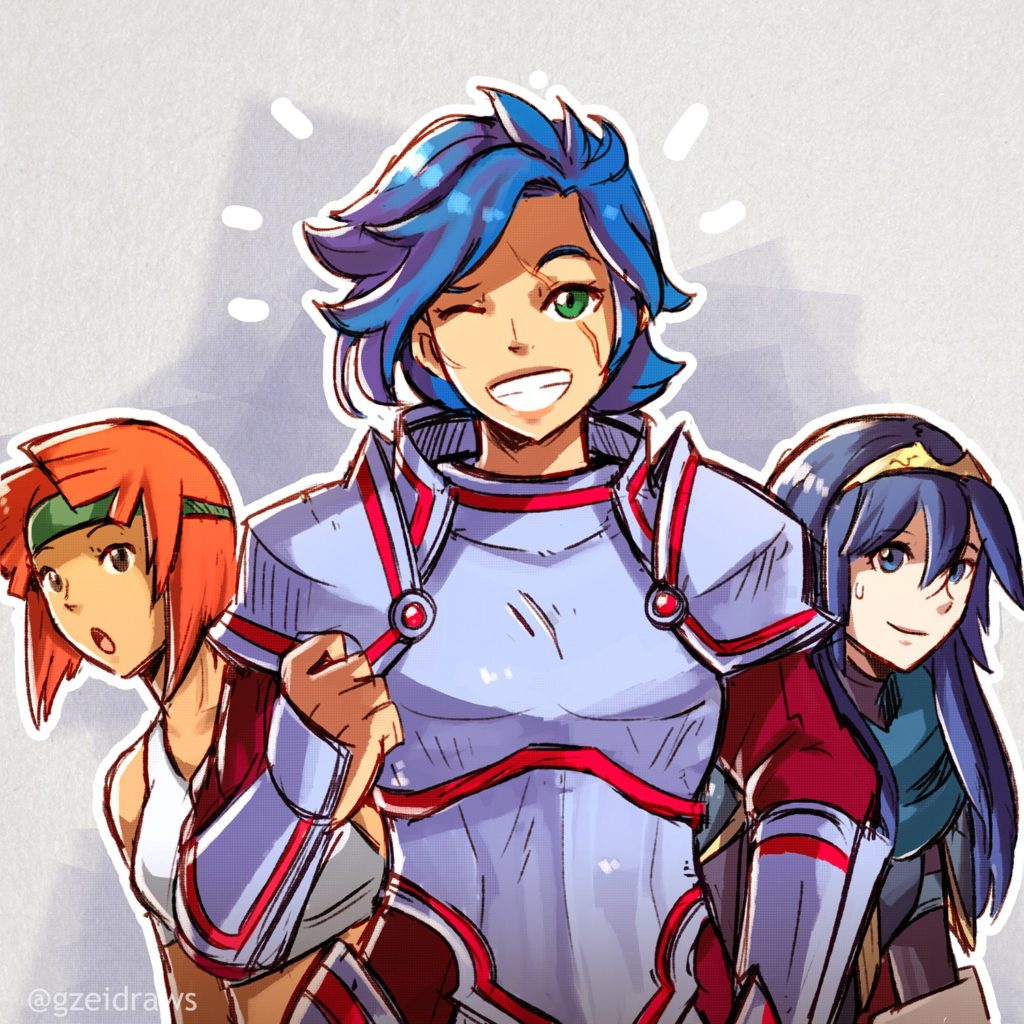 One of my fondest memories during the lead up to Wargroove’s release was my championing of ‘Wagon Strats’. Only once you realise that wagons are fast-moving mobile blockades with lots of health, will you understand the true majesty of wagon strats. The community really got into the spirit of utilising this strategy at release, creating all sorts of wagon related fan art. 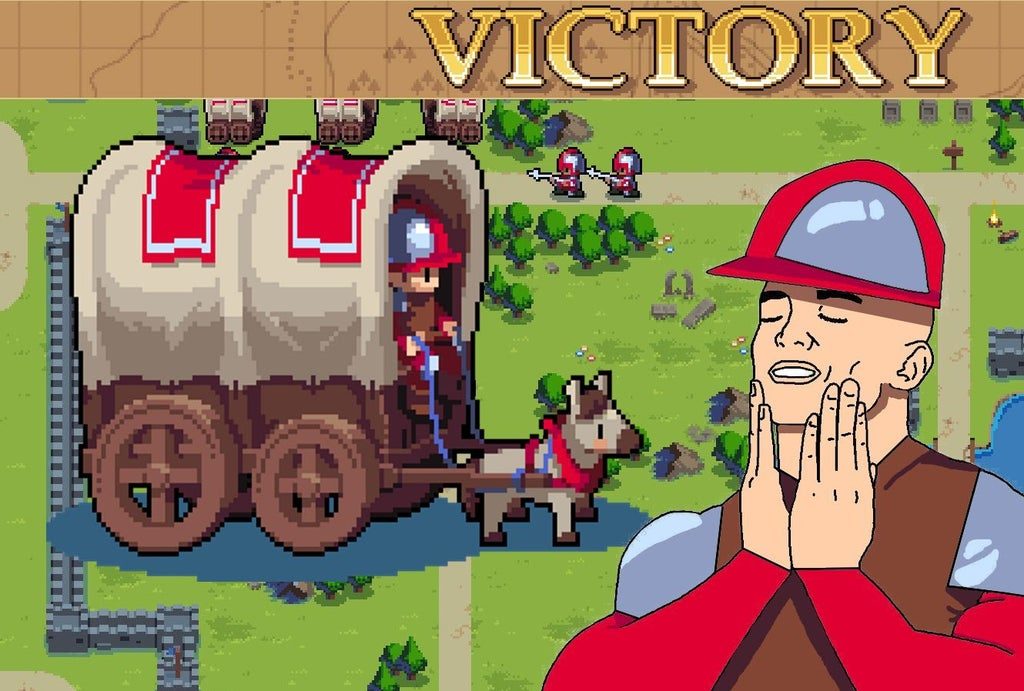 There’s been so many highlights for me working on Wargroove, from finally getting to put my Japanese folklore knowledge to good use by naming Koji’s giant wooden puppet, Tenko, to revealing Caesar by putting a silly hat on our office dog Iorek and then recording a weird Twitch livestream of him playing against the AI on Wargroove, or maybe even when I ashamed myself with my awful strategy skills live on the Nintendo stage at EGX playing Wargroove against the all-knowing Rodrigo…

But seeing Wargroove climb the Steam and Nintendo Switch charts on launch, and all the excitement in the community was pretty darn cool too. Oh, oh and Hot Derek! (Thanking you eternally Mr.A on Discord!) 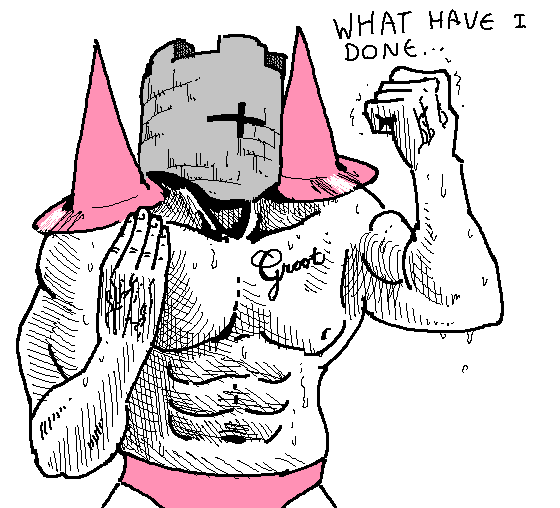 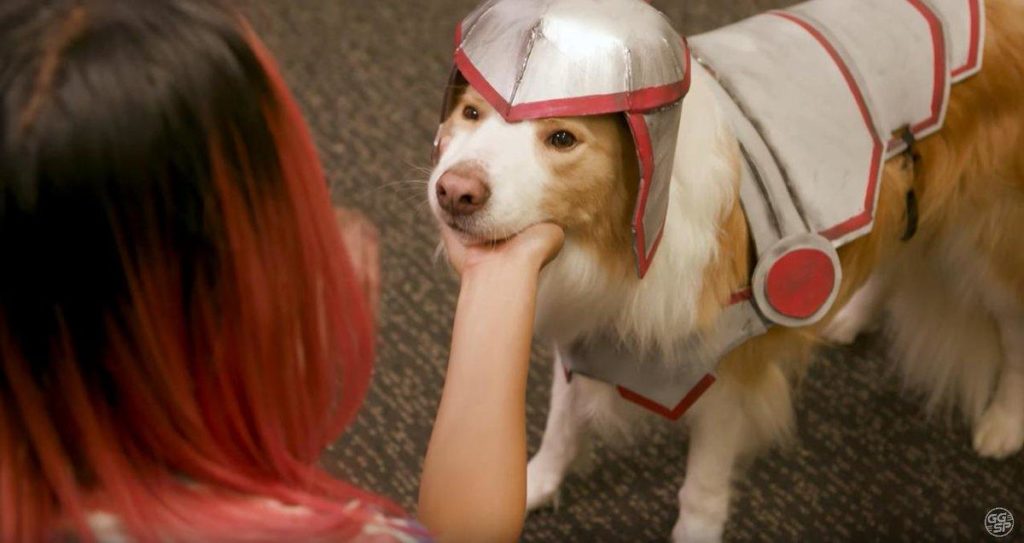 Tom and I spent the last few days in the office before the Christmas break, when everyone else had already gone on holiday, designing and building the Wargroove site so that it would be up before the holidays for people to explore. We wanted it to be full of cool art and info about the Factions and gameplay, like an old game manual. The most fun part was making the quiz and coming up with answers for each Faction to questions like “What is your approach to homework?” and “What would you wear to a party?”. Really the whole site is just a vessel for that quiz. You bet we’re updating it for the DLC! 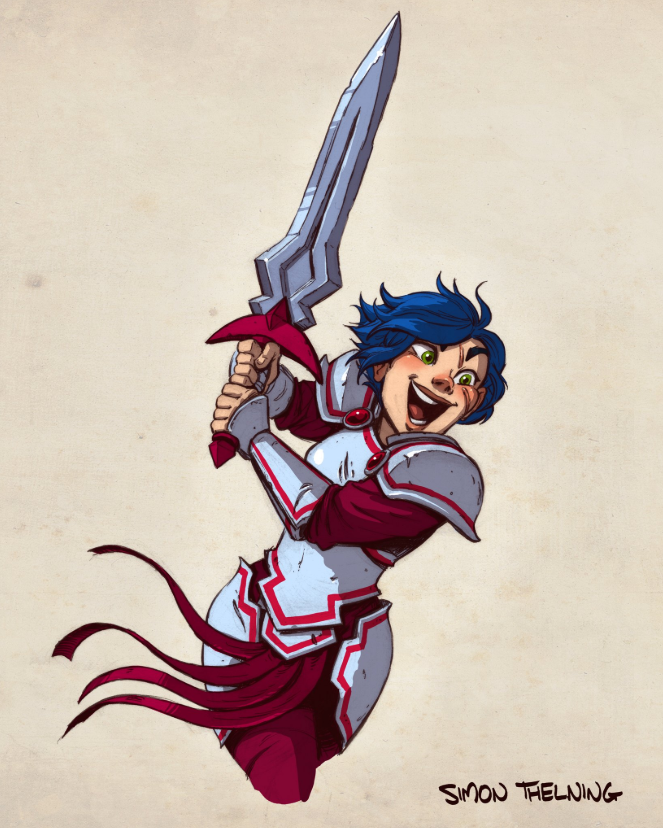 I remember that time– Oh how we laughed! But you had to be there… 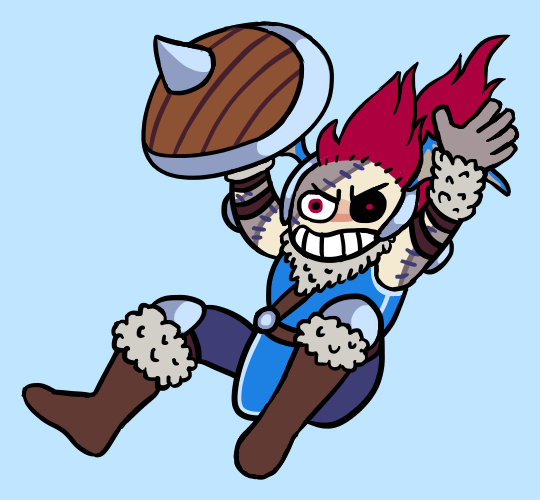 My favourite bug was when Caesar’s groove didn’t do anything! He would howl and nothing would happen. Oh, and maybe Ryota causing the game to crash when he tried to dash onto water. Oh oh oh that one time that the tutorial mission spawned Golems! 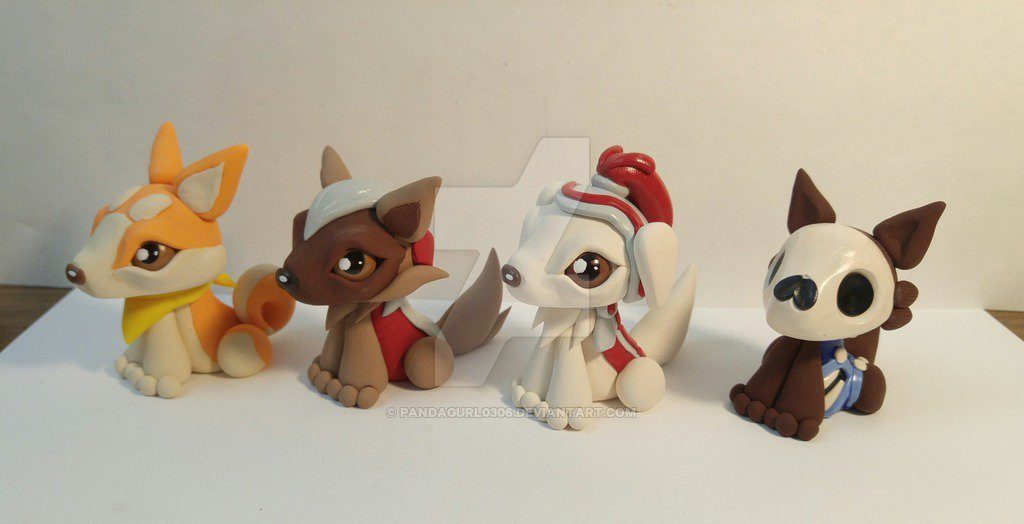 Caryn – Programmer
My favorite part of development was prototyping Wulfar’s groove. It’s fun to punt enemy units across the map. Also it’s got the best name. Hitting the “go live” button on Steam as a big group was a pretty great moment too. 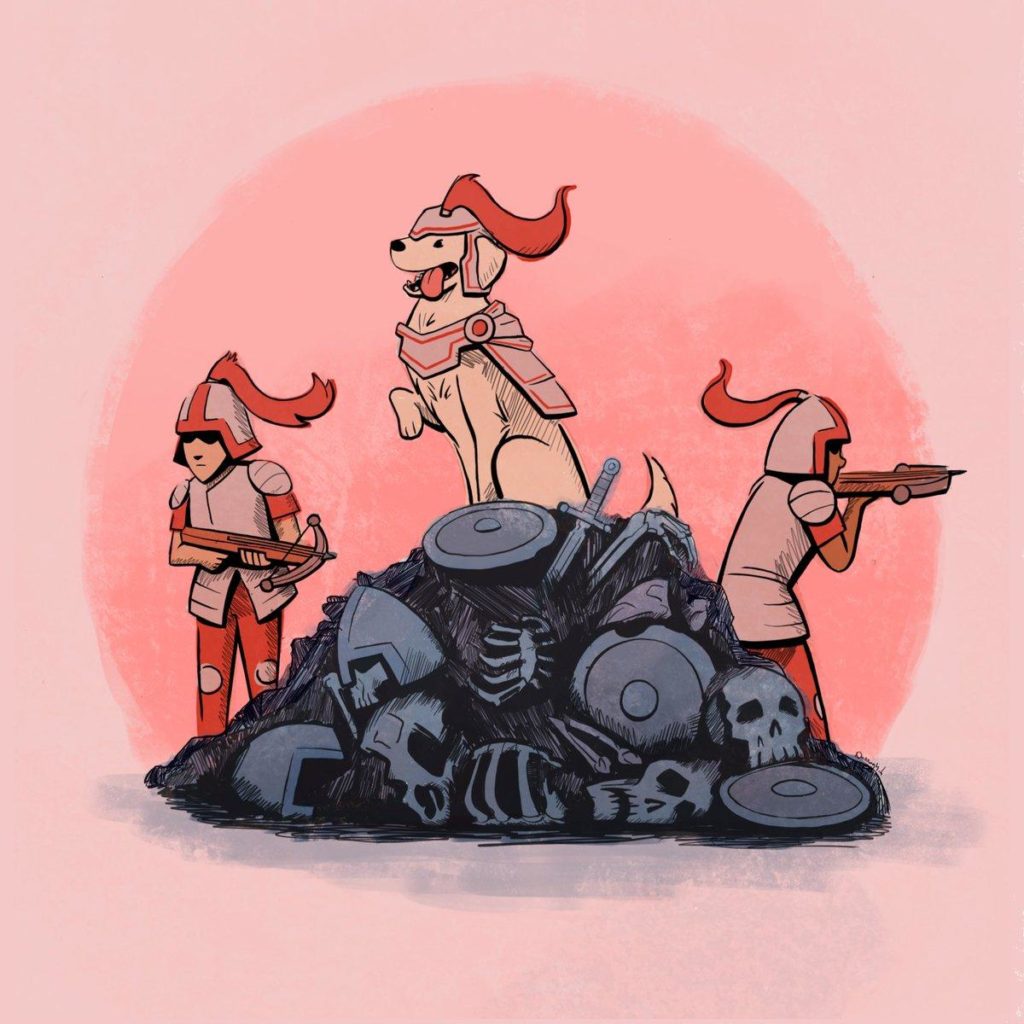 There was a time when Sedge would use his standard attack animation on structures too. He would dramatically burst through the front door like he was the Kool-Aid Man, which I thought was both awesome and hilarious.

Unfortunately, I came to realise this looked incredibly broken when he didn’t destroy the door, so I had to be a killjoy and pushed for him to get a unique animation instead. 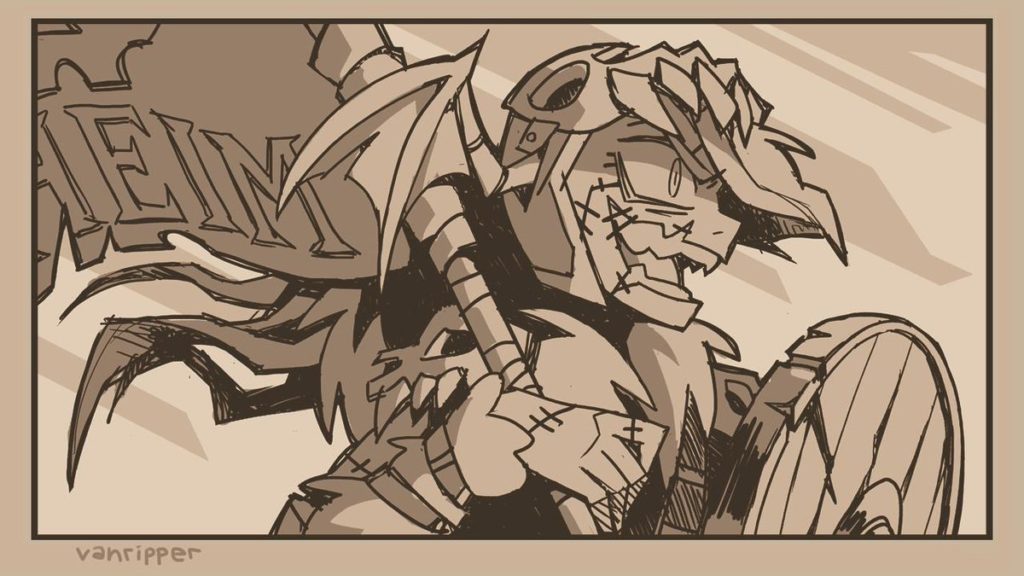