Hi folks, it’s great to see you again! I’m back with more high quality maps from our lovely community with the usual little bonus from me! Let’s dive right in! 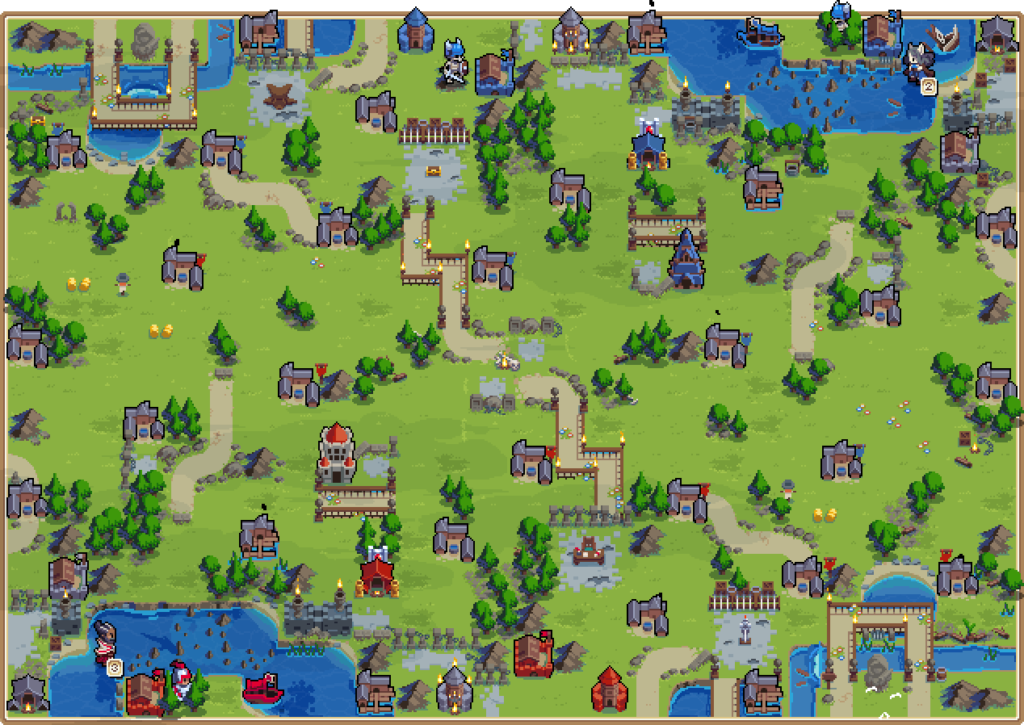 1. Meadow ver 1.0 by Mr.Cat – Code: HTHQ3Z8Y
This stunning piece of work plays as good as it looks and has some distinctive touches that I appreciated.

While most Wargroove multiplayer maps typically feature two barracks per player, this one has a third that is effectively and purposefully slowed to half production rate thanks to the necessity of using the nearby barge. There’s only one space available at each of the two drop-off zones, meaning you can only ferry across one unit every two turns. While you’ll typically want to have your highest priority units being produced by the barracks on the mainland, you still have leeway to bring over the occasional extra dog or soldier to bolster your ranks.

The other welcome wrinkle is that the lavishly decorated hideouts next to the Strongholds are exclusively for the purpose of dropping off stolen gold. If you want to get thieves in play you’ll have to recruit them from the hideouts tucked neatly into the corners. Once you’ve got one on the field you have plenty of targets that are ripe to be ransacked. 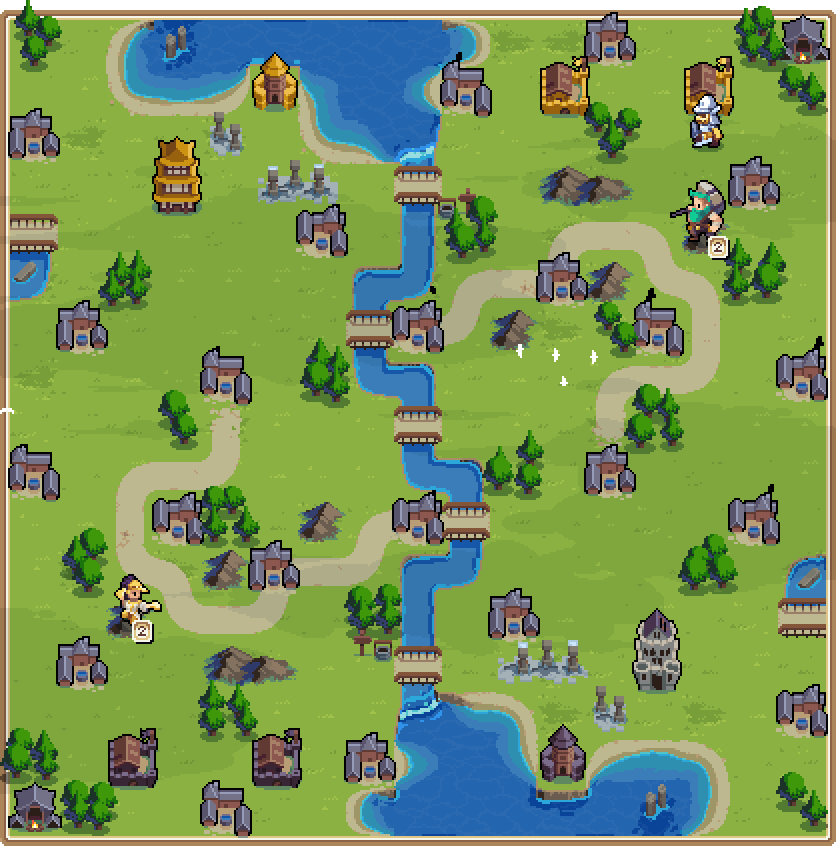 2. Far Too Near 1.3 by Fadedsun – Code: GG2VVZ5TThis map looks pretty straightforward at first glance. Then you notice just how unusually far the strongholds are from their team’s barracks. Then you also notice that each commander is starting right next to their opponent’s barracks, at low health. This is not your typical skirmish map design.

While the match will typically begin with you retreating your commanders and laying claim to villages along the way, the greater flow is all about balancing the distribution of your forces between the need to protect your very out of the way stronghold and attacking your opponent’s equally isolated one.

Also worthy of note is that four of the most central villages are sitting directly on the road, meaning they are primed for instant takedowns from a healthy dragon. This is something you’ll definitely want to watch out for, and potentially exploit to your own advantage. 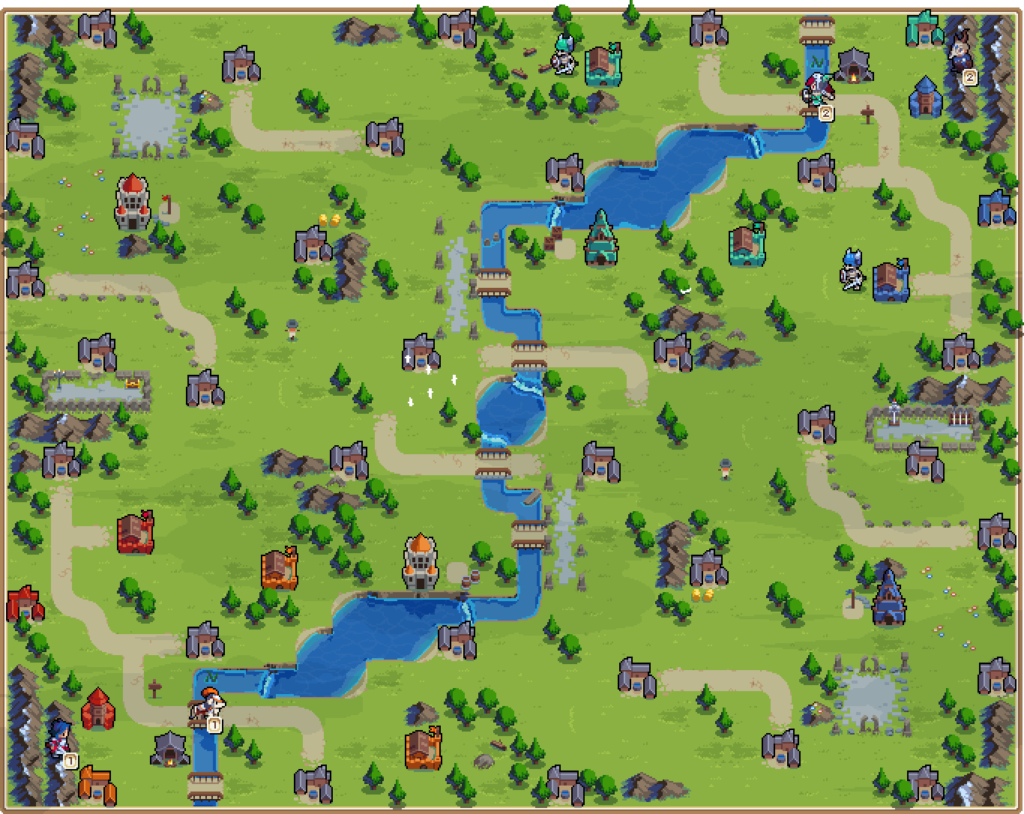 3. Bords de Loire v2.0 by Kokoado – Code: KEVHE2YS (2v2) ZYXJ8K8V (1v1)
This 2v2 map, split as it is by a large winding river, poses a number of interesting choices for each team to make. The first player of each team gets responsibility for providing air units and is primed to assume control of the hideout. The second gets access to a second barracks, meaning they are responsible for the majority of ground units and may need to help protect their ally’s very isolated Stronghold in the opposite corner of the map, all the while having to keep their own centrally positioned one intact.

If you like what you see here, there’s also a 1v1 version of the map available that’s more or less the same, with the added wrinkle that each player has to take care to keep both Strongholds intact, or face defeat the moment one topples. 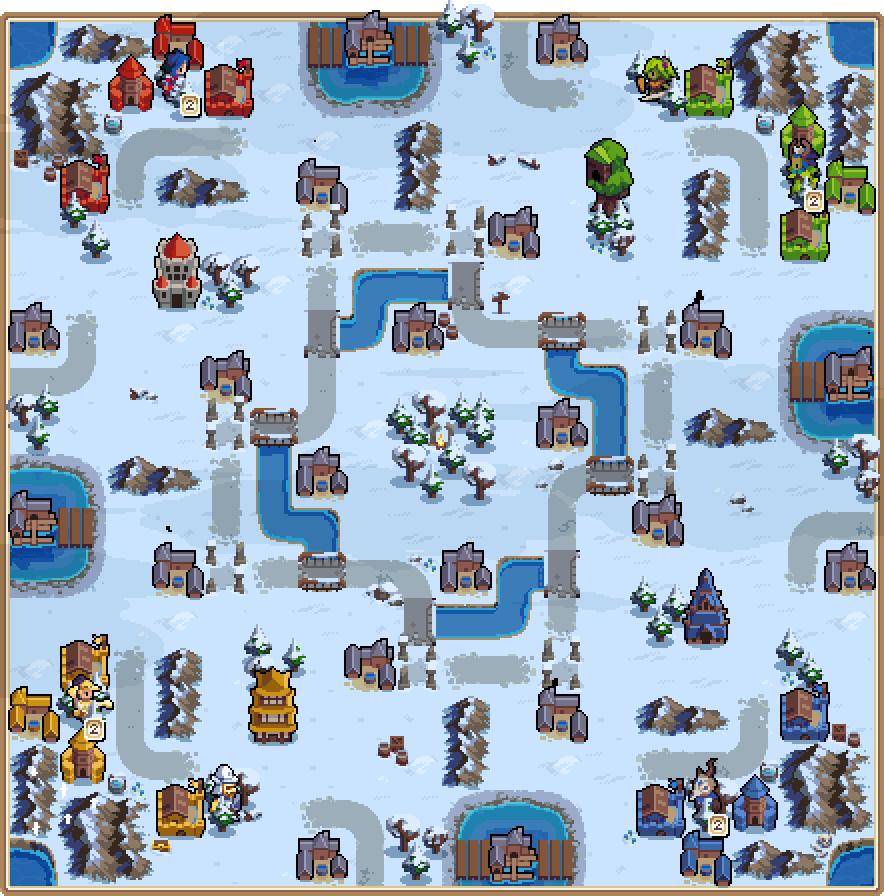 Bonus Dev-made Map – The Devil’s Tundra – Code: AMYDNXUN
Four player skirmishes can last a very long time; sometimes you just want a quicker match, so I decided to put together this smaller-scale map. While not quite as small as my past effort, The Sanguine Borderlands, the villages aren’t as plentiful or as densely packed, so you’ll have more room to manoeuvre and potential ambushes may be a bit easier to spot. I hope you like it!