Fresh from a quick trip to GDC, we’re back again with another Community Maps Spotlight to show off some cool maps we’ve seen recently.

Before we get into it, we wanted to take a moment to apologise to those who have been affected by recent issues with online play. We’ve been working on a server-side fix, and believe everything should now be in order, so thanks for your patience while we looked into it. Please do let us know if any issues continue and thanks for bearing with us!

We also recently released a bugfix patch for all platforms (Nintendo Switch v1.2.4 patch notes here, v1.2.5 for PC & Xbox One to fix a bug with resigning in multiplayer), so do make sure your system is up to date. v1.2.5 will also be heading to Nintendo Switch soon, so keep you eyes peeled for a patch alert on your device in the near future. Full version history for all platforms can be found here! 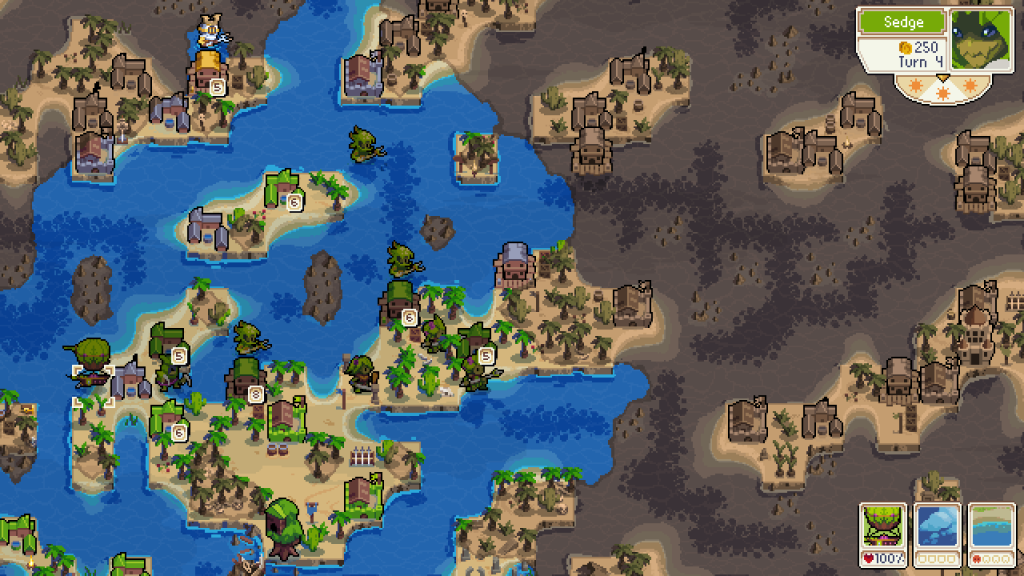 It wouldn’t be a Community Maps Spotlight without an Advance Wars map remake, now would it? This one is a lovely recreation of the AW2 map Archipelagos – albeit with some changes to better suit Wargroove’s gameplay. It’s a 3 player free-for-all Naval map complete with fog of war and a big expanse of water, scattered with islands to dart between. It looks beautiful in action, and is pretty fun to charge forward with your Merfolk capturing every Port in your path, as you extend your influence across the battlefield. 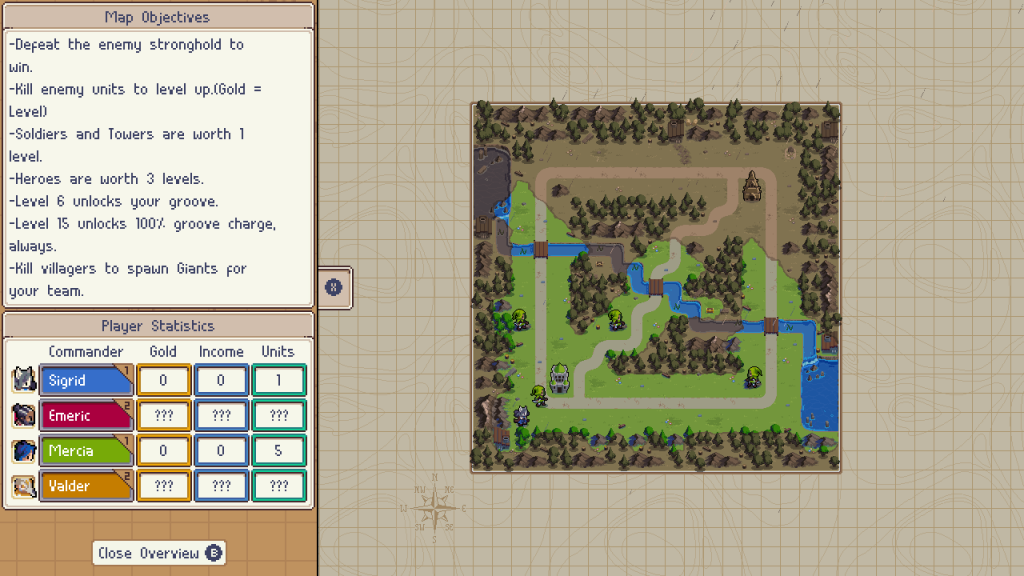 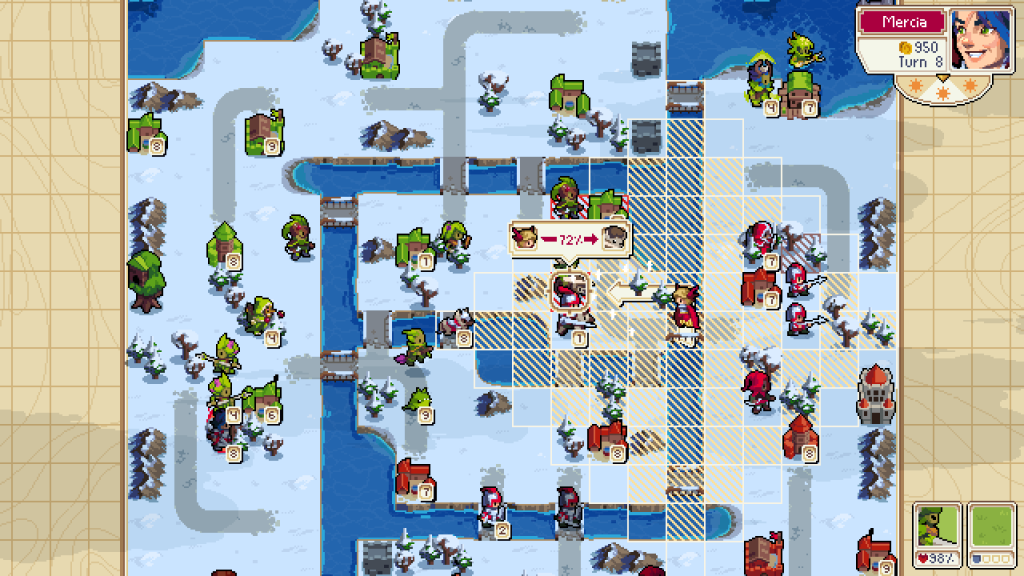 If you’re looking for a nice 2-player map then Wynn has you covered here. It’s a skirmish for control of the middle island, with Towers on each side primed and ready to recruit air units to launch aerial attacks on your Ports. It can get pretty fast-paced and exciting as both teams charge to the centre, so make sure to keep an eye on all bridges for units sneaking over to start their attack. 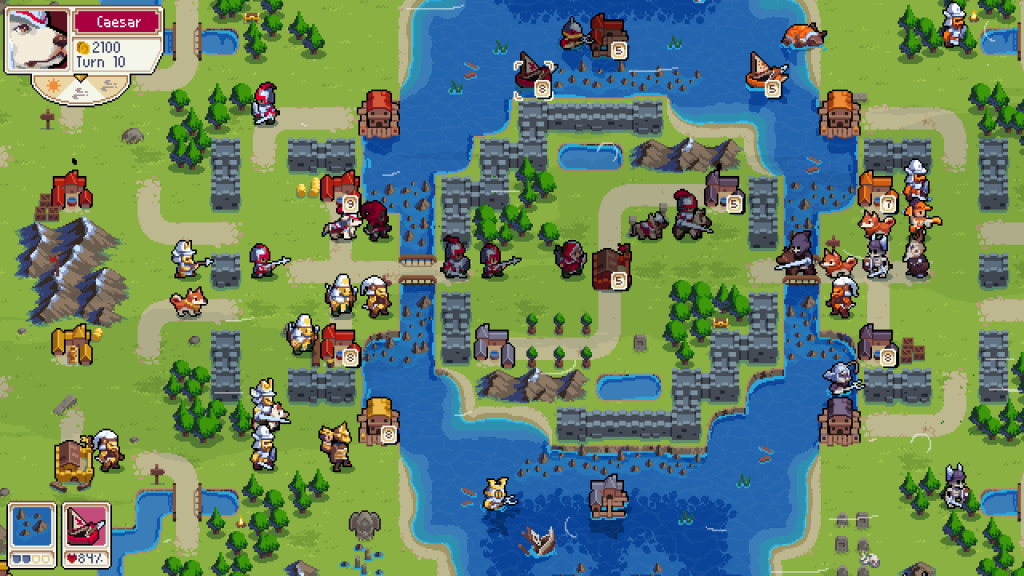 River Encounter is another map based around a scramble to control the middle island of the map, but this time you’ll be teaming up with a friend for some co-op action! The stretch of water surrounding the middle island certainly adds to the fun, allowing you to strategically place Harpoon Ships and later even Warships to rain devastation on the central battlefield. Bonus points from us for some lovely decorations to bring the map to life!

That’s all for now. If you’re in London this week, then do come visit us at EGX Rezzed where we’ll be showcasing Wargroove, as well as some of our published games (Timespinner by Lunar Ray Games, Inmost by Hidden Layer Games, Eastward by Pixpil & Pathway by Robotality)! We’ll also have some Wargroove goodies to give away too (keep an eye out on our Twitter for details).

If you’d like to check out more community maps, or create and share your own, you can find them in-game in the Custom Content section, as well as a great selection on the Wargroove subreddit!

See ya next time!