Hi everyone, we have another exciting Dev Blog today!

It’s been a pleasure working on Wargroove these past few years – thanks in no small part to our amazingly passionate community who’ve been encouraging throughout development and beyond. As a thank you for all your love and support we’re proud to bring you ‘Wargroove: Double Trouble’, a free (yes, free!) DLC coming to all supported platforms (PC, Nintendo Switch, PS4 and Xbox One). Let’s get into it! 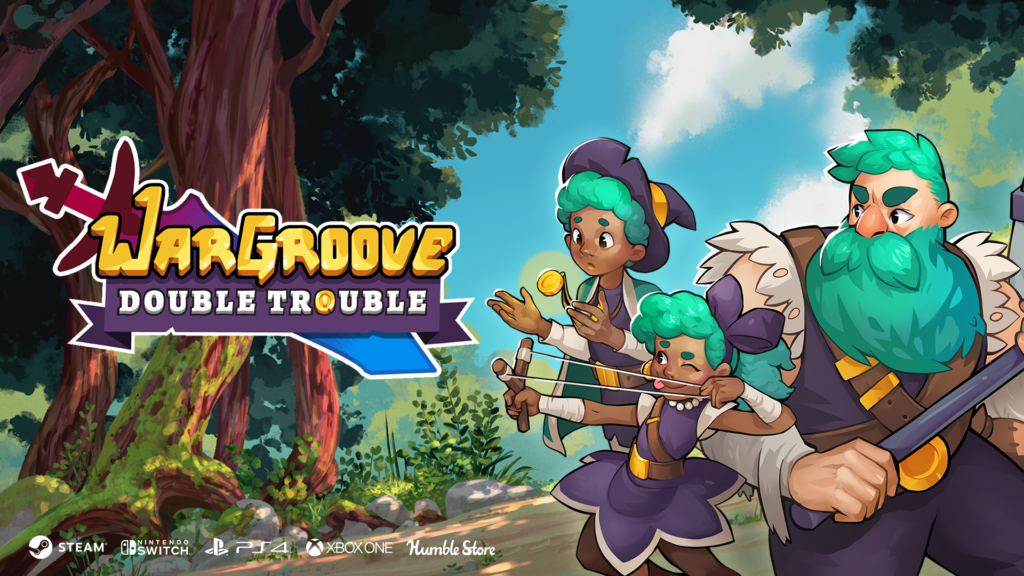 Wait, what’s this Double Trouble DLC all about?

Wargroove: Double Trouble is designed with co-op play in mind, adding a new story campaign that introduces 3 new Outlaw Commanders; the mighty Wulfar, troublemaker twins Errol and Orla, as well as the maleficent Vesper (seen below – more info about Vesper soon). After an unexpected kidnapping and some severe ransom demands, your group of rogues have no choice but to perform the biggest heist that Aurania has ever seen…

But what exactly are the new Editor tools?
Wargroove: Double Trouble will give you more control than ever over your custom maps, campaigns and cutscenes:

Last but not least, this update also includes balance adjustments to a number of units and Commanders:

Phew, there you have it! TL;DR Wargroove: Double Trouble is the name of our upcoming free DLC introducing a brand new co-op enabled campaign, new Commanders, public & private multiplayer lobbies, a whole suite of editor tool updates, balance changes + much more.. Wargroove: Double Trouble is currently in the final testing phase, so once it’s passed submissions we’ll be revealing a release date and an exciting new trailer! 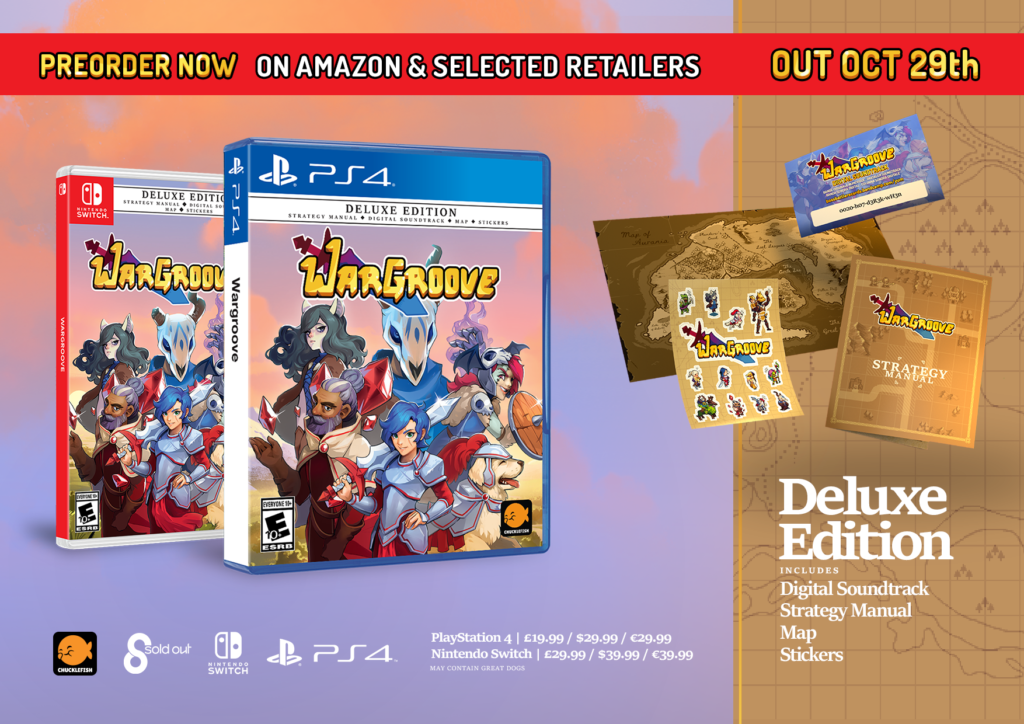 Don’t forget that the Wargroove Deluxe Edition physical is coming to stores later this month on October 29th for PS4 and Nintendo Switch, so make sure you get pre-order soon! The Deluxe Edition includes a physical cart/disc copy of the game, a downloadable version of the Wargroove soundtrack by Phonetic Hero and Boss Battle Records, a Commander sprite sticker sheet, a poster map of Aurania (Outlaw version!), a mini Strategy Manual with stats and tips on all units (available in English, French, Italian, German & Spanish) as well as a reversible coversheet!

We will be streaming a first look at Double Trouble tomorrow via the ChucklefishLive Twitch channel, so make sure to follow us there for a notification when we go live. If you’re in the UK come visit us at EGX London this week where we’ll be giving visitors a chance to get hands-on with the new content over at the Chucklefish stand in the Rezzed area. You can also follow updates about Wargroove: Double Trouble and Wargroove in general on Twitter, our forums, the Wargroove subreddit, and the wiki!